Welcome to program 85 of VOA Radiogram from the Voice of America.

Here is the lineup for today's program (all MFSK32 except where
indicated):

PARIS - A solar eclipse in March next year will be an
unprecedented test of European electricity grids because of the
massive increase in solar power production on the continent,
French power grid RTE said on Friday.

On the morning of March 20, 2015, an almost total solar eclipse
will block direct sunlight over Norway and northern Europe for
about one hour and a half and will also be visible in other parts
of Europe, North Africa and Russia.

Europe's solar power capacity has significantly increased since
the last major eclipse in August 1999, and, depending on the
weather that day, the eclipse could cause rapid swings in output
that will require adjustments by the grids.

"According to our calculations, the impact could be a drop in
production of as much as 30,000 megawatts across Europe, it's the
equivalent of a six degrees Celsius drop in temperatures in half
an hour,'' Maillard said.

That is also the capacity equivalent of 30 nuclear reactors.

Maillard said RTE had started talks with other European grid
operators to co-ordinate their response and prepare back-up power
capacity.

"If it's a cloudy day, it will go almost unnoticed. We will only
know almost at the last minute, but that doesn't prevent us from
getting our contingency plans ready," he said.

Germany is Europe's leading country in terms of solar power
capacity, with nearly 37,000 MW of installed solar capacity
meeting 28.5 percent of its domestic power demand in the first
half of 2014.


Small Numbers of Humans Can Cause Big Creatures to go Extinct

It did not take a large human population to quickly hunt New
Zealand's largest bird species to extinction.

A new study suggests there were less than 2,500 Polynesian
settlers in New Zealand by the time the moa disappeared in the
early 15th century. Archeological evidence indicates human
settlements on the islands were established in the early 14th
century.

Researchers Richard Holdaway and Chris Jacomb analyzed moa
eggshell pieces excavated from early settlements to determine
when moa hunting began. Dating moa remains from
non-archeological sites indicate they were exterminated in much
of the island only 70 to 80 years after hunting began.

Writing in the journal Nature Communications, researchers they
say their findings show population size can not be used to
absolve humans of involvement in other extinctions.

They note it has been suggested that people could not have caused
the extinctions of North American mammoths or giant Australian
marsupials because the human population at the time was too
small.

The researchers also estimate during the time of the moa's
extinction, New Zealand had one of the lowest population
densities of any pre-industrial society, one person per 100
square kilometers.

Telepathy is usually the stuff of science fiction. But
transmitting signals from one person’s brain to another may
someday become a reality, say researchers at the University of
Washington.

In a test repeated from a year ago, subjects were able to control
hand motions of other people by thinking about the movement,
while their brain signals were transmitted over the Internet.

The three pairs of participants were located in different
buildings on the university campus, without any possibility of
verbal or visual communication.

The sender, wearing a skull cap with electrodes, watched a
computer game that involved shooting at a pirate ship, and
thought about moving a hand to fire rockets.

Those brain signals were picked up by the electrodes, and sent
over the Internet to the receiver's cap, which had an
electromagnetic coil positioned over the part of brain that
controls hand movements. The receiver could not see the game.

When the interface was successful, the receiver's hand would
twitch, and press a touchpad that would actually fire the rocket.
The researchers report a range of accuracy, from 25 to 83
percent.

After receiving an additional $1 million grant, researchers say
their goal is to develop a technology for transferring more
complex knowledge directly from one brain to another.

A television show that features a 249-centimeter tall bright
yellow bird, aided by multi-colored furry "animals" who interact
with humans on a fictional New York City street reached a
historic milestone this week.

Sesame Street, the popular U.S. children's educational show,
turned 45 years old on Monday. The show has been a hit among
pre-school children -- and their parents -- since its debut on
November 10, 1969 on public television, and is now considered a
U.S. cultural institution.

Millions of children across the U.S. tune in to Sesame Street
every day to receive standard educational fare in reading,
spelling and math from the now-iconic "Muppet" characters created
by the late puppeteer Jim Henson: Kermit the Frog, Big Bird,
Oscar the Grouch, Cookie Monster, Bert and Ernie, and
squeaky-voiced Elmo. The show has received acclaim for its
racially diverse human cast, and willingness to discuss a variety
of real-life subjects, including death and physical disability.

Sesame Street has been shown in more than 150 countries since its
debut, and its brand can be found on scores of toys, games and
videos.

The Russian government says CNN is not legally prohibited from
broadcasting in the country after the international broadcaster
announced it would cease appearing on Russian airwaves.

The Communications and Mass Media Ministry said on November 11
that CNN officials could consult with the ministry on ways to get
the proper licenses needed to continue broadcasting on Russian
cable and satellite networks.

CNN said on November 10 that it was suspending its broadcasts in
Russia as of January 1 due to "recent changes in Russian media
legislation," a reference to a law that limits foreign ownership
of a media organization to 20 percent.

The broadcaster said it hoped to reenter the market "in due
course" and added that its Moscow news bureau would continue to
operate normally.

Fedotov said he wanted to fully understand the reasons behind
CNN's decision so it can "shed light on what is happening in the
media sector of Russia and the whole world."

He praised CNN for its long coverage of important Russian and
world events.

Vadim Ampelonsky, a spokesman for Russia's telecommunications
watchdog Roskomnadzor, said his agency had nothing to do with
CNN's decision.

CNN's decision came the same day that Russia launched a new media
organization, Sputnik, in a bid to counter the Western media.

Dmitry Kiselyov, head of the state-owned media organization
Rossia Segodnya (Russia Today), said on November 10 that Sputnik
was created to compete with what he called the "aggressive
propaganda" Western media outlets are "feeding the world."

Kiselyov, speaking in Moscow, said Sputnik will "provide an
alternative interpretation of the world."

He said it would broadcast in radio in 34 countries in 30
languages by the end of 2015 and will have an interactive
website, a robust presence on social media, and offer SMS
information services and newswire content.

It will operate as part of the RIA Novosti news agency.

The announcement came on the same day that Britain's broadcasting
regulating agency, Ofcom, warned Russian state-funded RT about
biased reporting and threatened it with sanctions.

Ofcom officials cited four different reports by RT that it said
were guilty of violating broadcasting regulations on impartiality
in covering the crisis in Ukraine.

Ofcom said it understood RT wants to present news with a Russian
perspective but that it must be impartial when reporting stories
"of major political controversy."

It said further violations could lead to a fine or even the
withdrawal of RT's broadcasting license.

With reporting by Interfax, Reuters, The New York Times, and The
Guardian. 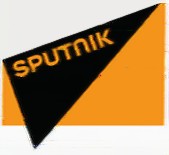