The programs can be downloaded from ... 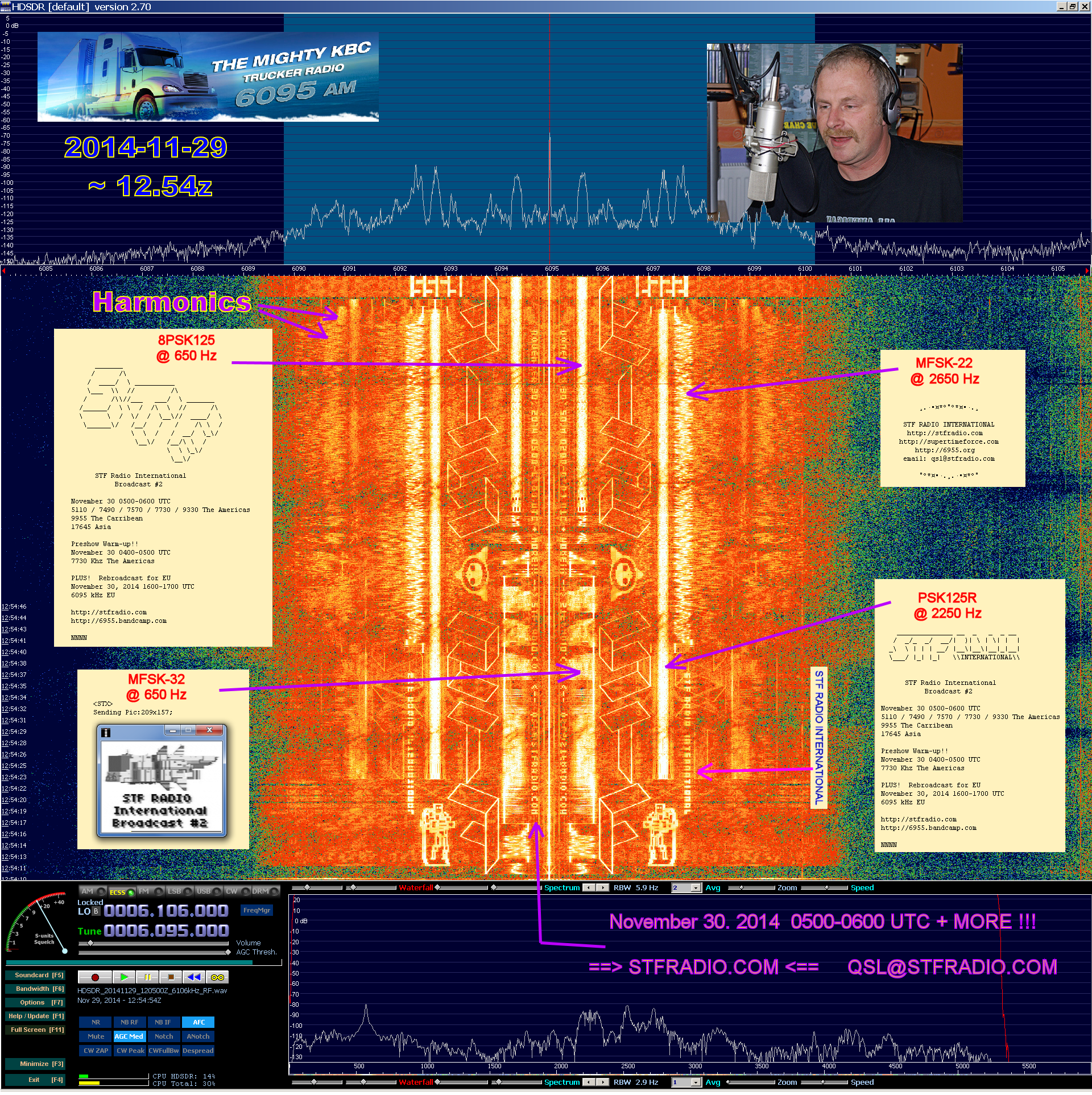 Welcome to program 87 of VOA Radiogram from the Voice of America.

Here is the lineup for today's program, all in MFSK32 except where indicated:

For a really good look at the night sky, stay out of the city.
Artificial light from street lamps, highways and buildings is so
bright it can be seen from space and create an orange haze on
Earth that hides the stars.

More than that, says Jim Dougherty, president of the
International Dark Sky Association, light pollution can make you
sick.

"Light pollution is outdoor lighting that is not serving the task
that it is designed for," he says. "In fact it is either wasted
or, worse, has harmful effects."

According to his advocacy group, which works to raise awareness
and take action against light pollution, excess artificial
lighting disrupts sleep patterns, affects hormones and is linked
to some cancers.

"If we are burning natural gas or we're burning coal, we're
causing global warming by sending light straight up into the
sky," he says.

There are examples of that near Dougherty's office, in
Washington's popular Capitol Hill neighborhood where globe-style
street lamps shed light in all directions. The problem is that
they are spaced too close together, and, he says, represent
"twice the number needed to make the sidewalks safe."

In fact, Washington's lights are so bright they're visible from
space. But passersby don't seem to notice or care.

"The lighting makes me safe," says one passing woman.

"It's comforting," says her boyfriend. "The area around here is
nice. It's not too bright and it's just the right setting for a
romantic mood if you want to come out for dinner on 8th Street."

But studies show that excess light doesn't make you safer.
Dougherty says the lamps are more decorative than functional,
sending light into the sky where it is not needed.

Not far away, an apartment complex has installed both traditional
floodlights that illuminate the grounds and walls, as well as
more modern lamps that direct light downward.

Dougherty points out the dark façade of the building with the
newer fixtures.

"There's no light pollution going into their homes, so their
health is being protected," he says.

Some cities are embracing the new lighting measures to curb waste
and protect public health and may one day replace tall street
lamps, Dougherty says.

There are signs of this alternatively lit future on the broad
avenues near the U.S. Capitol, where shielded sidewalk lights aid
passersby.

"Sidewalk lights are lower to the ground, dimmer, more efficient
and get the job done without wasting all that money and all that
energy," he says. "They come on when there is someone there and
then they turn off."

Fixtures controlled by such devices can reduce lighting by 90
percent and still be effective. Dougherty hopes more people adopt
new lighting technology, so they can one night look up and
reclaim a sky of stars. 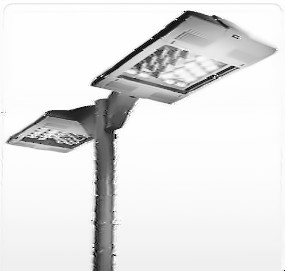 PHNOM PENH, CAMBODIA - For the third year in a row, Cambodia's
premier rice has been voted the world's best at the World Rice
Conference.

The award, which it shares this year with Thailand, comes at a
time when Cambodia is looking at rice exports as a way to
increase incomes for its many impoverished subsistence farmers.

Although Cambodia is a minnow in the world rice stakes, producing
just 1 percent of global output in 2012, the award for its
fragrant romduol varietal should help promote exports.

The rice industry, though small-scale and inefficient, remains
key to the economy. Most Cambodians survive in part by growing
rice on small plots. Inefficiencies mean large amounts of
unmilled rice -- known as paddy -- go to neighboring Thailand and
Vietnam where they fetch a higher price.

Sok Puthyvuth, the president of the Cambodia Rice Federation,
which represents all players in the industry, said, "We need
better seeds, we need a better collection process, we need better
storage, we need better logistics, and also our exports need to
brand Cambodian rice to be one of the top brands in the world."

The target is 1 million tons of milled rice exported by 2015. So
far this year Cambodia has exported about 400,000 tons -- mostly
to the European Union.

"I want to emphasize that the purpose of the rice policy is to
reduce poverty, to ensure people in rural areas earn more, and to
reduce the development gap between rural and urban areas," Chhon
said.

To help develop the industry, China is loaning $300 million to
improve warehousing.

Yet longstanding problems remain, said exporter David Van,
including the high cost of electricity and a lack of quality
seedlings.

Van also wants better branding for the award-winning rice, which
currently is marketed as "Cambodian Jasmine Rice." He said that
name is too close to Thailand's fragrant variety.

"You need to differentiate your product from your competitor next
door, otherwise you will keep on being compared automatically to
what the next-door competitor is offering," Van said.

"If you are talking about jasmine rice, we have a variety that
has won consecutively the world's best rice, which is the
romduol. So maybe it is high time that we really develop a
branding based on the romduol variety," he said.

But even if Cambodia doesn't reach the million-ton target next
year, its award-winning rice should appear on more plates around
the world, lifting incomes for millers, exporters and its
millions of impoverished farmers.

Images from the video version of this VOA News story:

Pretend you're rummaging through an old steamer trunk in a dusty
antique store somewhere. Inside the trunk, hidden amidst some old
Frank Sinatra LPs and a stack of fading "National Geographic"
magazines, you find a cardboard box.

You open the box and discover a stack of photographic slides
wrapped in a yellowed newspaper dating to 1963. Holding one of
the slides up to the light, you can just make out what appears to
be Moscow's Red Square. You're intrigued. You buy the slides for
a few dollars, take them home, load them in your slide projector,
and voila! That's how we'd like to think these 24 photographs of
the Soviet Union were discovered. But the truth is, we don't know
much about them.

Here's what we do know: 1) The photographs were taken in 1963. 2)
They're in sumptuous color. 3) They mostly depict street life in
the capital, Moscow, with a few from Ukraine. 4) They're in
excellent condition. 5) They were first published on the website
Vintage Everyday, which agreed to share them with RFE/RL but
didn't really know anything else about them.

Here's what we don't know: 1.) Who took the photos. 2) The
identities of the people in the photos. 3) Where we can get more.

If you know anything else about where these photos were taken, or
can provide any more context, we'd love to hear from you. In the
meantime, enjoy this wonderful glimpse into Soviet life in the
early '60s.

Image: Manezhnaya Square in Moscow, with the old Moscow Hotel
just visible at the top. It was torn down in 2004 to make way for
a new hotel.

This soundfile as a fake-IF in STUDIO1 (as if transmitted on 6070 kHz). 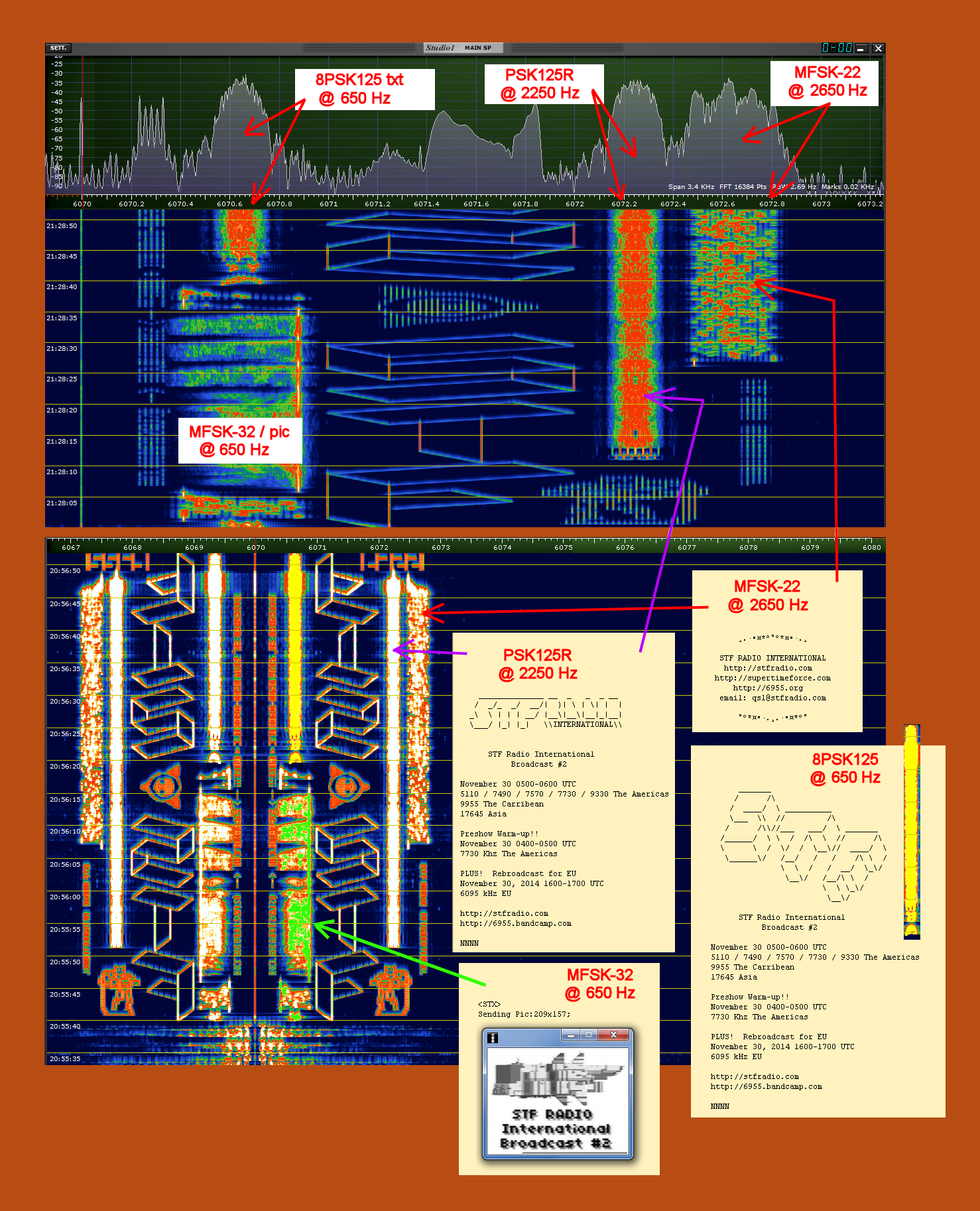