Because of difficult mid-winter shortwave propagation, one of this weekend's VOA News items will be in MFSK16 (55 wpm), to see if it will provide a more successful text decode than our usual MFSK32 (120 wpm).

The printout of Fldigi,  under its default settings, displays the name of the previous mode rather than the mode that has just started. If you want the name of the just-started mode in your printout and log file, make the following adjustments to Fldigi:

(Fldigi 3.22.04 is now available from http://www.w1hkj.com/download.html , although this particular update is not necessary for this weekend's VOA Radiogram.)

Thank you to The Mighty KBC

Best wishes for the new year ...


Welcome to program 92 of VOA Radiogram from the Voice of America.

Here is the lineup for today's program (in MFSK 32 except where
noted):

DUBAI - Iran is to expand what it calls "smart filtering" of the
Internet, a policy of censoring undesirable content on websites
without banning them completely, as it used to, the government
said on Friday.

The Islamic Republic has some of the strictest controls on
Internet access in the world, but its blocks on U.S.-based social
media such as Facebook, Twitter and YouTube are routinely
bypassed by tech-savvy Iranians using virtual private networks
(VPNs).

Under the new scheme, Tehran could lift its blanket ban on those
sites and, instead, filter their content.

The policy appears to follow President Hassan Rouhani's push to
loosen some social restrictions, but it was not clear if it would
mean more or less Internet freedom. Iranians on Twitter expressed
concern that, as part of the new policy, the government would try
to block VPN access to such sites.

He appeared to be referring to Instagram, the photo-sharing site
owned by Facebook, which is already being filtered, but not
blocked.

Instagram was initially available uncensored in Iran but some
user accounts were subsequently blocked, notably
@RichkidsofTehran, a page full of photos of young, rich Iranians
flaunting their wealth.

In a cat-and-mouse game, another account dedicated to the same
pursuits quickly appeared under the name @RichkidsofTeh.

"Implementing the smart filtering plan, we are trying to block
the criminal and unethical contents of the Internet sites, while
the public will be able to use the general contents of those
sites," Vaezi told a news conference.

The policy would be fully in place by June 2015, he said.

Iranian authorities are not only concerned about what might be
considered morally dubious content, which in Iran could be
anything from pornography to relatively innocuous images of women
not wearing the mandatory Islamic dress, but also material that
might be politically damaging.

Social media were widely used in the anti-government protests of
2009 to organize and spread news about a movement that was
eventually crushed by security forces.

Under former president Mahmoud Ahmadinejad, Tehran floated the
idea of replacing the Internet with a national intranet that
would not be connected to the worldwide web and would be
controlled by Iranian authorities, a plan than appears to have
fizzled out. 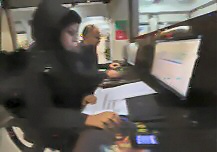 North Korea's state television station has stopped broadcasting
Chinese and Russian films as part of a bid to protect the
reclusive nation from foreign influences, according to sources
inside the country.

"These days, no foreign films are broadcast and we can only watch
reruns of domestic movies," said one source who spoke on
condition of anonymity during a recent trip to China.

"The state stopped broadcasting foreign movies because of an
order from Kim Jong Un to block the influx of foreign culture,"
he said.

The source said that while Chosun Central Television had stopped
broadcasting films from China and Russia, DVDs of Russian movies
distributed by North Korea's state-owned Mokran Video company
were still available for purchase at local marketplaces.

"Anyone can still buy Russian movies made by Mokran Video at the
market, so there are some who accuse the state of using a double
standard to generate income from the people by continuing to sell
the DVDs," he said.

A second source from Pyongyang said residents of North Korea
often try to deduce the state of the country's relations with
other nations based on what foreign films are being broadcast on
official television.

"Chinese movies were rarely broadcast after relations between
North Korea and China soured two years ago and instead we were
usually shown old films produced by the Soviet Union, but
nowadays not even those are played anymore," the source said.

He said that North Korea had broadcast Chinese films when
relations with China were stable, just as Russian movies were
shown during times of good relations with Russia.

"It's unclear why state television has stopped broadcasting
Russian films, despite recent good relations between Pyongyang
and Moscow," he said.

The sources said that North Koreans who earn a decent living can
afford to purchase Russian films distributed by Mokran Video,
which are sold for around U.S. $0.80 per feature-length DVD.

But they said that due to frequent electricity outages caused by
North Korea's aging and overburdened power grid, people are
forced to watch the DVDs on small televisions or laptops
operating on solar-powered storage batteries.

North Korea's government maintains an iron grip on the flow of
information in the country, where citizens are punished for
accessing foreign radio and other media.

North Korean authorities have long tried to block South Korean
soap operas, movies, and music from entering the country in an
attempt to keep unwanted foreign influences from seeping into the
Hermit Kingdom.

In November last year, authorities publicly executed some 80
people in a wave of capital punishment across seven cities, many
of them for watching foreign media, South Korean media reported. 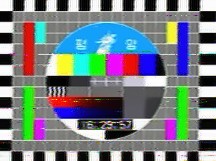 
In MFSK16, this is VOA Radiogram from the Voice of America.

Researchers in Canada have successfully tested a spray containing
microscopic particles that one day could be used to make
electricity for everything from mobile devices to homes.

The particles, known as CQDs [colloidal quantum dots] also are
referred to as "artificial atoms." They are highly efficient at
absorbing light, including the part of the spectrum that is
invisible to the human eye.

Sprayed into a film, CQDs make a lightweight, flexible solar cell
that can be wrapped around large structures, including those with
irregular surfaces. Researchers say the spraying process is very
easy to perform.

The new technology could change how devices and possibly homes
and commercial buildings are powered. A home with a roof wrapped
in CQD film, for example, may generate all the electricity needed
for daily use.

Although the first experiments have been successful, scientist
anticipate the product will not be on the market for five to 10
years.

The research project is a collaborative effort led by the Sargent
Group at the University of Toronto, with participation by IBM
Ontario, the governments of Canada and the Canadian province of
Ontario, and seven other universities.

The Sargent Group is a program of the university that connects
chemistry, physics, and engineering within eight experimental
laboratories.

The program is named after Ted Sargent, a professor at the
University of Toronto, where he chairs the nanotechnology
program.

Image: Illan Kramer, the researcher behind sprayLD, displaying
an example of a film that would contain spray-on solar cells ... 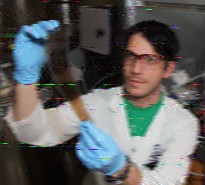 Thank you for decoding the modes on VOA Radiogram, and happy new
year 2015.