The new K-PO DX-5000 10-meter AM-FM-SSB-CW transceiver will be
available early March at the KBC shop ... 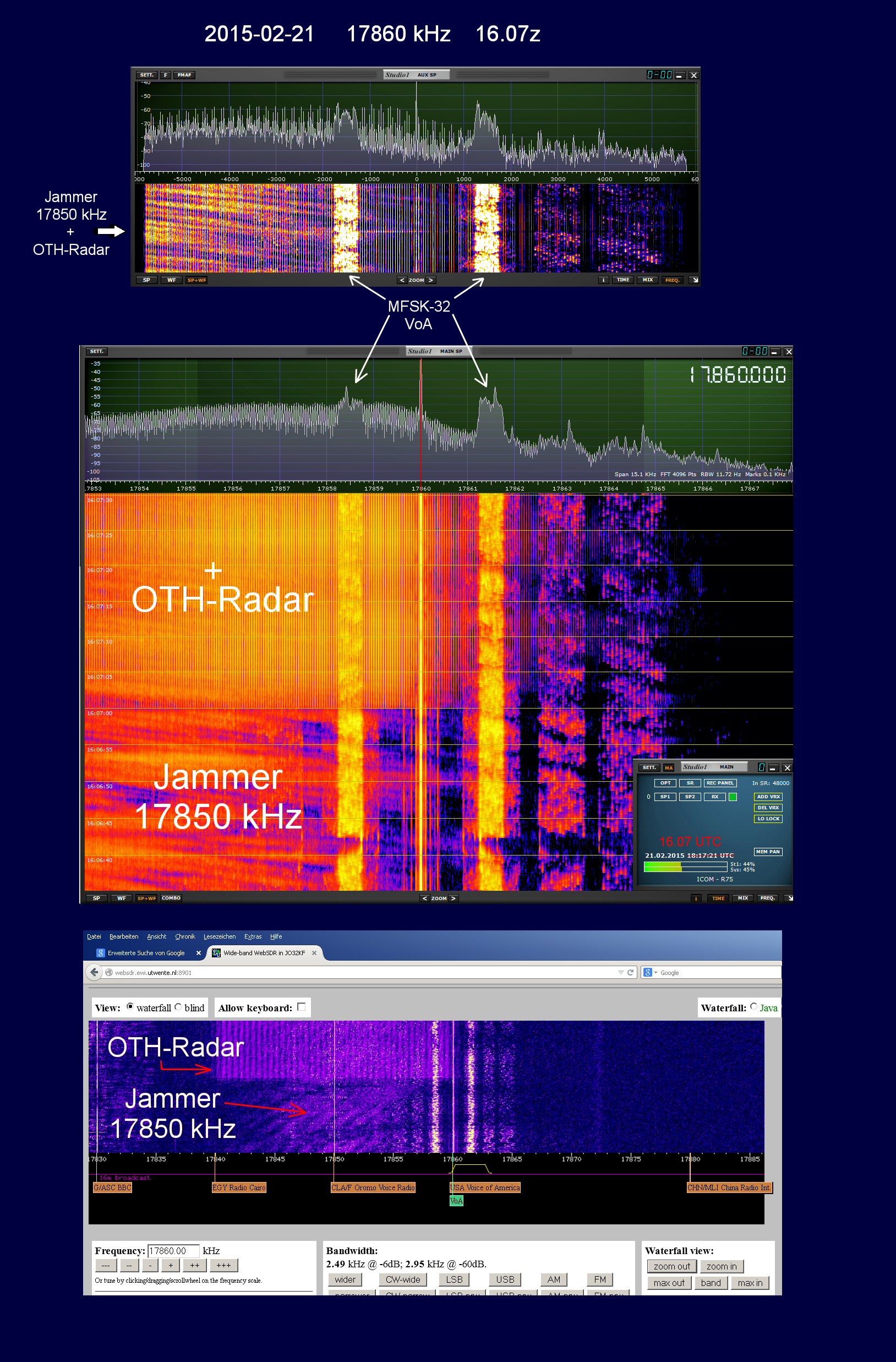 
Welcome to program 99 of VOA Radiogram from the Voice of America.

US Embassies to Monitor Air Quality

How bad is the air in your city? The U.S. embassy may soon have
the answer.

The State Department has announced plans to install air quality
monitors at diplomatic posts and make the data publicly
available. The program will begin in India, Vietnam and Mongolia.

The aim is to provide important health information for U.S.
government employees overseas, as well as for locals. And U.S.
officials said, it may help inspire citizens to call for change.

When an air quality monitor at the U.S. embassy in Beijing began
reporting toxic pollution levels several years ago, "our hosts
didn't like it particularly," said Secretary of State John Kerry.

In fact, China's vice environmental minister called it an illegal
and unacceptable interference in the country's internal affairs.

But the information is available online, and after seeing how bad
the problem is, Kerry said, Chinese "citizens are increasingly
demanding action."

Outdoor air pollution is responsible for 3.7 million annual
deaths globally, according to the World Health Organization.

The program builds on a U.S. Environmental Protection Agency
(EPA) system that provides real-time air quality data on
pollutants linked to a number of health problems.

"That information is so important," EPA Administrator Gina
McCarthy said at the ceremony. "There are elderly people who
should not be outside on certain days taking a walk. It threatens
their ability to breathe. It threatens their ability to protect
themselves if they've had cardiac problems. They want to know
what air quality is outside."

And that information is lacking in much of the world.

For example, University of Texas at Austin environmental
engineering professor Joshua Apte said that on a major global air
quality monitoring site, "there are nearly 2,000 monitors in
China that are connected to the Web, and only about 30 in India,
for countries of very similar population and with similar
pollution problems."

And there is a lot of room to expand the program, he added.
"There may not be more than three or four [countries] in all of
Africa that have got air pollution data available. And we know
that there are air pollution problems in many African cities as
well."

McCarthy said U.S. officials "are not going to provide this
information and walk away." She said the U.S. has struggled with
air pollution, and will offer technical help so "they can do what
we have done to reduce the kind of air pollution that at one time
was choking our cities," and which still causes problems, she
added.

In India, where the first monitor will be installed, Apte said
awareness of the scale of problem is growing. But, he added,
"there's a saying in our field, which is, you can't manage what
you don't measure.' You need to have a baseline to see how much
you've improved."

And that data can inform the public as well, he added. "They can
demand change even when politicians don't necessarily see it as
in their own interest to do so."

MINDORO, PHILIPPINES - The Philippines is one of the world's
leading producers of geothermal energy. Located atop the Pacific
Ocean's so-called Ring of Fire, the country has used volcanic
heat to produce electricity for decades. Now there is a new
project underway to use this renewable resource to power an
entire island.

Montelago village lies on the edge of Mindoro's Lake Naujan. It
is connected to the island's power grid, but just barely.

"This is a remote village. We have power lines coming here, but
if there is a storm, the power goes out. Blackouts are common
here," he said.

For Montelago's 1,900 residents, the solution to their energy
needs could literally be right below them.

In the surrounding volcano-formed hills, engineers are in the
early stages of harnessing Mindoro's underground heat.

Fidel Correa, of the firm Emerging Power, said a test well will
show how much energy can be produced here.

"We were shooting for 40-megawatts to supply the whole of Mindoro
island with electricity from geothermal power," said Correa.

Emerging Power thinks geothermal energy could cut the cost of
electricity by half for Mindoro's residents.

In Manila and many other parts of the Philippines, an increasing
number of brownouts and blackouts are expected during the
upcoming hottest months -- symptoms of an energy crunch that
continues amid a fast-growing economy.

Analysts like Benjamin Diokno at the University of the
Philippines' School of Economics say that is because new energy
infrastructure has been neglected.

"We need to build 600-megawatts every year for the next 15 years
to meet our energy requirements," said Diokno.

Diokno said more geothermal investment can provide the
Philippines and other countries above active volcanic zones with
a cleaner and longer lasting energy source.

Correa said that at least for Mindoro, they still have a ways to
go.

"We would want to know what the temperatures would be at 1000,
1200 meters level. That would give us an idea of how much power
we could get," he said.

And at the well Correa is talking about, that is several hundred
more meters below. 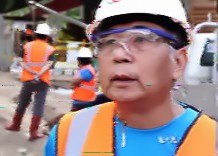 Imitation, they say, is the sincerest form of flattery. But it
can also be an insidious form of disinformation.

The profile box of the fake account reads, in Russian, "Free news
on Radio Liberty. We change your motherland into our sneakers."
It then gives two purported "contact numbers" which are actually
the public lines to Russia's Foreign Intelligence Service.

A few days earlier, a similar clone account appeared that mimics
the account of the Russian-language service of Voice of America
(VOA). That account encourages "those who wish to report on the
movements of the armed forces of the Russian Federation" to call
a number that turns out to be the reception line for the Federal
Security Service (FSB). In this case, the account name is "Colos
Ameriki" instead of the Russian for Voice of America, which is
Golos Ameriki.

The fakes are off to a slow start, with the fake VOA account
collecting only 33 followers so far and the fake Radio Liberty
account mustering only three fans. The real VOA Russian Service
account has more than 188,000 followers, while the genuine RFE/RL
Russian Service account has 108,000.

However, both fake accounts are tweeting a deceptive mixture of
plausible tweets (with links back to real material on the sites
of the Russian services of RFE/RL and VOA) and implausible ones
with links to unprofessional pro-Russian propaganda sites
spreading disinformation about the conflict in Ukraine and other
issues.

In at least one case, a tweet from the fake RFE/RL account was
used in a Russian-media story and passed off as information from
RFE/RL's Russian Service.

Such deception is very likely the main purpose of the fake
accounts.

Peter Pomerantsev, a former Russian television producer who has
written a report on "how the Kremlin weaponizes information,"
told The New York Times on February 13 that the tactics the
Kremlin and its supporters have developed are "not so much an
information war, but a war on information."

The management of RFE/RL has complained to Twitter about the
unauthorized use of its intellectual property.

WASHINGTON The Broadcasting Board of Governors met [Wednesday]
at its Washington, D.C. headquarters and welcomed for the first
time Andrew Lack, who joined as CEO and Director in January 2015.

"I feel really good about where we are headed," said Chairman
Jeff Shell, remarking on the newest board members and the arrival
of Andrew Lack as CEO. "Our new board members each bring their
own expertise, and Andy is an icon in the news business who
understands the essence of what we do the content."

Shell also welcomed Ambassador Karen Kornbluh to her first
official meeting of the BBG. Kornbluh was sworn in after the
Board's December 17 meeting and succeeds Governor Michael Meehan.
The board today adopted a resolution honoring his service to the
agency.

Along with other threats to BBG journalists, the board discussed
troubling developments in Azerbaijan. On December 26, Azerbaijani
police raided and closed the RFE/RL Bureau in Baku. On February
13, new charges were brought against Khadija Ismayilova, an
investigative journalist and RFE/RL contributor, who remains
jailed in pre-trial detention and if convicted could receive a
maximum sentence of 12 years in prison. RFE/RL's bureau remains
closed, its accounts frozen, and several Baku staff members have
left Azerbaijan.

"While Khadija demonstrates fierce resolve, we are deeply
concerned and outraged by the Azerbaijani government's flagrant
assaults on press freedom," Shell said.

Discussing the challenges BBG journalists face in the field, BBG
CEO Andrew Lack shared observations from his trip with BBG
Governor Ken Weinstein to Kiev and Prague. Lack described "the
strong work being done by our people in the field," and praised
the "exemplary collaboration between RFE/RL and VOA in covering
Ukraine."

In addition to board business, the Voice of America gave a
presentation on its activities and accomplishments in the past
year. VOA Director David Ensor, along with journalists from the
Kurdish, Persian, Spanish, Ukrainian, and English services as
well as digital media, demonstrated how the network is expanding
social media engagement and mobile distribution, responding to
information crises in West Africa, Ukraine and Russia, and
expanding its successful affiliate model in Latin America and
elsewhere.


A recording of the meeting, as well as documents related to board
decisions ia available here:


Image: CEO Andy Lack speaks at the February meeting of the BBG
... 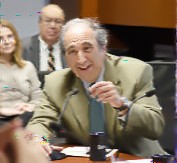