We welcome your program comments, suggestions and reception
reports.

Ford will revive the Lincoln Continental. Eric might want want to
buy one of these, used, 20 years from now ...

Welcome to program 105 of VOA Radiogram from the Voice of
America.

Crimea's independent Tatar-language television station ATR went
off the air Wednesday after Russian authorities refused to give
it a broadcasting license.

Following Russia's annexation of Crimea from Ukraine last year,
ATR, like other local media outlets, had to reregister by March
31 of this year to continue operating in Crimea. Only one
Tatar-language media outlet, the newspaper Yeni Dunya, was able
to register.

"They can shut down the channel, but they can never curb the
desire of the Crimean Tatar nation for truth and freedom," he
said Wednesday via Twitter.

The Organization for Security and Cooperation in Europe's
representative on freedom of the media, Dunja Mijatovic, said
Crimean Tatar media outlets had been refused registration for
"subjective reasons," adding that this was further "proof that
the politically selective censorship of free and independent
voices in Crimea is continuing."

Amnesty International said in a statement just before the
registration deadline expired that Crimean Tatar-language media
had been "repeatedly and arbitrarily denied registration."

"This blatant attack on freedom of expression, dressed up as an
administrative procedure, is a crude attempt to stifle
independent media, gag dissenting voices and intimidate the
Crimean Tatar community," the London-based human rights group
said.

ATR continues to broadcast in Ukraine. However, the station's
owner, Lenur Islyamov, said being off the air in Crimea, which
Tatars consider their homeland, is "akin to deportation."

The ATR TV channel was a rare critical voice in Crimea following
Russia's annexation and continued on that path before it was
taken off the air.

Erfan Quddusov, an activist with the Tatar National Assembly,
which represents the Crimean Tatar community, told VOA's Uzbek
service on Wednesday that ATR and other Tatar-language media
outlets "were helping us to preserve and develop our own
language, culture and traditions." 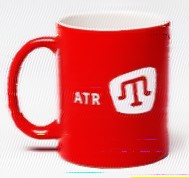 NEW YORK -- U.S. coding site GitHub said it was deflecting most
of the traffic from a days-long cyberattack that had caused
intermittent outages for the social coding site, with The Wall
Street Journal citing China as the source of the attack.

"Eighty-seven hours in, our mitigation is deflecting most attack
traffic," the GitHub Status account said in a tweet on Sunday.
"We're aware of intermittent issues and continue to adapt our
response."

The attackers paralyzed the site at times by using distributed
denial of service, or DDoS, attacks, a technique commonly used to
disrupt websites and computer networks, according to The Wall
Street Journal.

They pushed massive amounts of traffic to GitHub by redirecting
overseas users of the popular Chinese search engine Baidu Inc,
according to the Wall Street Journal.

The newspaper said they targeted two GitHub pages that link to
copies of websites banned in China - a Mandarin-language site
from The New York Times and Greatfire.org, which helps Chinese
users circumvent government censorship.

A Beijing-based Baidu spokesman said a thorough investigation had
determined it was neither a security problem on Baidu's side nor
a hacking attack.

"We have notified other security organizations and are working to
get to the bottom of this," said the spokesman.

On its blog, GitHub said the attack began early on Thursday and
involved "every vector we've seen in previous attacks as well as
some sophisticated new techniques that use the web browsers of
unsuspecting, uninvolved people to flood github.com with high
levels of traffic."

GitHub said it believed the intent of the attack was to convince
the company to remove a specific class of content.

The Chinese government has repeatedly denied it has anything to
do with hacking.

Asked about the report, Chinese Foreign Ministry spokeswoman Hua
Chunying said China itself was one of the world's largest victims
of hacking and called for international dialogue to tackle the
issue. 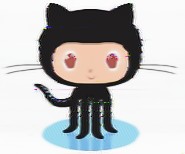 China's Internet regulator has slammed Google for deciding to not
recognize the agency's website safety checks, following a
security breach blamed on Beijing.

The China Internet Network Information Center, or CNNIC,
improperly certified false credentials for several Google
domains, according to a blog post by the U.S.-based web giant.

Those who visited the affected websites were vulnerable to
so-called "man-in-the-middle" hacking attempts, which can be used
to steal data and impersonate unsuspecting web users.

Google's decision to no longer recognize the agency's safety
verification process means those using Google Chrome, the world's
most popular web browser, could receive a security warning when
trying to visit websites approved by CNNIC.

In a statement Thursday, CNNIC criticized Google for making an
"unacceptable and unintelligible" decision. It urged Google to
"take users' rights and interests into full consideration."

Chinese authorities have denied being directly involved in the
security breach, saying the Egypt-based MCS Holdings is
responsible for issuing the faulty certificates.

It is the latest dispute between China and Google. The Internet
giant shut down its local Chinese search engine in 2010 because
of censorship restrictions put in place by Beijing. 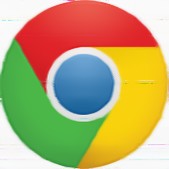 Cuba, a few decades late to the Internet era, is committed to
getting the web into 50 percent of its households by 2020, as
well as achieving 60 percent mobile phone access, a senior U.S.
State Department official said on Monday.

Cuba has one of the lowest Internet and mobile phone penetration
rates in the world, but the recent U.S. rapprochement toward the
Communist-led island may have added pressure to modernize.

"I believe they are extremely eager to do so," said the State
Department official, who spoke to reporters after officials from
both countries met last week for telecommunications talks in
Havana.

"They are falling behind, and that's denying their people access
to knowledge and to the opportunity to grow as an economy and as
a people, and they're aware of that," he added.

Barely 5 percent of Cubans have home access to the Internet, and
scarcely 2 million out of its 11 million population have
cellphones, according to U.S. officials.

Cuba's ability to reach the goals it agreed to under the
International Telecommunications Union (ITU), a United Nations
agency, will depend not just on political will, but also its
ability to purchase needed infrastructure upgrades, the official
said.

"There's real potential here if there's a real will on the Cuban
side," he said. "As long as the Cubans create an environment
that's attractive to investment ... and attractive to the
delivery of services, I believe those services will reach the
island."

The United States has set connectivity as a priority in its new
relationship with Cuba. Telecommunications equipment, technology
and services were among the first exemptions to the embargo after
Washington and Havana announced on Dec. 17 they would restore
diplomatic relations.

Cuban officials cite the U.S. embargo as the reason for its
weak development.

An exploratory team from Google visited Cuba this month and
U.S.-based IDT Corp has also agreed with Cuba to provide direct
international telephony.

The Geneva-based ITU ranks Cuba 125th out of 166 countries in
telecommunications development. Ordinary Cubans mostly have
access to state-controlled Intranet at workplaces and schools, or
can pay for expensive Internet sessions by the hour at state-run
outlets.

The U.S. official said Cuban official stated at the talks that
they were committed to providing unrestricted Internet access.

Image: Logo of IDT Telecom, mentioned in the previous story ...