"......WRMI, Radio Miami International, will transmit digital IDs this weekend. I would especially appreciate recordings of the Olivia 32-2000 during poor reception conditions. Reports to Jeff: info@wrmi.net …........"

We welcome your program comments, suggestions and reception
reports.

Welcome to program 108 of VOA Radiogram from the Voice of
America.

A new study in the United States says the government should
overhaul its international broadcasting operations so that they
support U.S. foreign policy objectives and strategic American
interests.

The report released Wednesday was written mostly by former
officials of the government's Broadcasting Board of Governors and
one of its divisions, Radio Free Europe/Radio Liberty -- a news
operation whose broadcasts once were aimed at people living in
communist countries during the height of the Cold War.

The BBG oversees Voice of America, whose website, radio and
television broadcasts and mobile platforms reach 164 million
people around the world each week in 45 languages.

The report concludes that the U.S. government's current
broadcasting "mission is unclear, its attachment to U.S. foreign
policy strategies tenuous at best, and its organizational
structure ineffective."

It said foreign governments "with anti-U.S. messaging are
fomenting an information war, and winning" against American
interests.

The report called for a revamped Voice of America operation, one
in which "America should be shown in all its complexity, nuance
and diversity." Yet the report said "detractors should be denied
an opportunity to tarnish America."

The latest report, presented at a forum staged by the Woodrow
Wilson International Center for Scholars, is part of an ongoing
debate in Washington on what role the government's international
broadcasting operations ought to play.

Legislation calling for an overhaul to "promote" U.S. foreign
policy passed the House of Representatives last year, but died in
the Senate. New legislative proposals are likely again this year.

In response to the new report, the BBG's interim CEO and
director, André Mendes, said, "While we respect the intent of the
report's authors and distinguished interview subjects, we see a
disconnect between the external perceptions of the BBG and the
actual measures and demonstrable impact of our networks."

Mendes said the report contains many well-known criticisms of the
agency. But he said, "We see evidence of the effectiveness of our
programs from our audiences around the world, from 2,500
on-the-ground media partners, and from professional research and
other credible measurements of audience engagement." 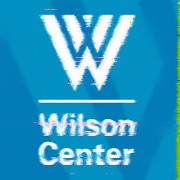 Other countries included on the list are Saudi Arabia, Ethiopia,
Azerbaijan, Vietnam, Iran, China, Burma and Cuba. According to a
CPJ release, the list was compiled "based on research into the
use of tactics ranging from imprisonment and repressive laws to
harassment of journalists and restrictions on Internet access."

According to CPJ, Eritrean President Isaias Afewerki created "a
media climate so oppressive that even reporters for state-run
news outlets live in constant fear of arrest." Many journalists
have left the country, which currently has at least 23
journalists in jail, according to the CPJ.

Furthermore, the CPJ said Eritrea has restricted Internet access
to the point that fewer than 1 percent of the population can
access online information.

The country also has the lowest cell phone penetration in the
world, with 5.6 percent of Eritreans owning a cell phone.

While North Korea ostensibly calls for press freedom in its
constitution, information is very tightly controlled.

"Nearly all the content of North Korea's 12 main newspapers, 20
periodicals, and broadcasters comes from the official Korean
Central News Agency," according to the CPJ.

Internet access is reserved for a few elites, and even then it is
tightly controlled.Average North Koreans are reliant on
bootlegged TV and radio broadcasts and DVDs smuggled from China.

The CPJ estimates that 9.7 percent of the population has a cell
phone, a number it says excludes phones smuggled from China.

In what the CPJ calls North Koreas press freedom "lowlight,"
North Korea's lead Kim Jong Un had his uncle removed from state
media videos.Kim had his uncle executed for being
"counter-revolutionary."

"The tactics used by Eritrea and North Korea are mirrored to
varying degrees in other heavily censored countries," according
to the CPJ. "To keep their grip on power, repressive regimes use
a combination of media monopoly, harassment, spying, threats of
journalist imprisonment, and restriction of journalists' entry
into or movements within their countries."

The CPJ said throwing journalists in jail is the "most effective
form of intimidation and harassment used against journalists."

Eritrea, Ethiopia, Azerbaijan, Vietnam, Iran, China, and Burma
are "among the top 10 worst jailers of journalists worldwide,
according to CPJ's annual prison census."

The most common charge levied against journalists was "anti-state
crimes," the CPJ said.

China, for example, has 44 journalists imprisoned with 29 charged
with anti-state crimes. The CPJ called China the "world's worst
jailer," and ranked it the eighth most censored country.

Countries which nearly made the CPJ list included Belarus,
Equatorial Guinea, Uzbekistan, and Turkmenistan, all of which the
CPJ said "have little to no independent media and are so tightly
closed that it can be difficult even to get information about
conditions for journalists."

"The government of Turkmenistan has taken a decision to liquidate
all privately owned TV and radio satellite dishes in the country"
and "the main target of this campaign is Radio Azatlyk, the
Turkmen-language service of Radio Liberty/Free Europe."

That's according to the Civic Solidarity Platform, an umbrella
organization bringing together nearly 60 nongovernmental
organizations from the United States and Eurasia.

Azatlyk knows about the campaign to demolish satellite dishes.
It's not the first time the Turkmen authorities have attempted to
rid the country of satellite dishes, but this time the efforts
seem more serious.

The Turkmen government has always preferred to have a monopoly on
the dissemination of information inside Turkmenistan. Access to
satellite dishes, which in some cases cost only some $100, has
broken the grip Turkmen authorities have tried to keep on
information, allowing citizens to watch or listen to programming
from many sources, including Azatlyk.

But according to Civic Solidarity, this most recent decision by
the authorities to rid the country of satellite dishes "is aimed
at fully blocking access of the population of Turkmenistan to
hundreds of independent international media outlets which are
currently accessible in the country only though satellite
dishes."

In naming Azatlyk as the main target of the campaign, Civic
Solidarity called the RFE/RL service "the only independent source
of information about Turkmenistan and the world in the Turkmen
language and is widely listened to in the country."

Azatlyk has regularly reported on a wide variety of subjects
affecting Turkmenistan today, from housing problems and long
lines to purchase train tickets, to the problems of people being
detained and imprisoned for demanding their basic rights be
respected, or the deteriorating security situation along the
country's southern border with Afghanistan.

What these topics all have in common is that Turkmen state media
will not report on them and the authorities would prefer these
matters not be publicized.

Civic Solidarity noted Azatlyk's broadcasts are "currently
accessible to the Turkmen public through satellite dishes while
other channels of information about Turkmenistan, including
websites of human rights and dissident organizations as well as
the website of Radio Azatlyk are blocked in Turkmenistan."

Azatlyk is aware of the campaign and has learned the Turkmen
government is offering options to satellite-dish owners.

The government will compensate the loss of satellite dishes with
"cable TV packages" that would provide "entertainment channels
produced by Russia, Turkey, and India," none of which include
news programs. The authorities have already said they reserve the
right to cut off broadcasting at any time.

Another option for those losing their satellite dishes is to
agree to have government-installed satellite dishes on their
buildings, but that would leave subscribers with only
state-approved channels.

It appears in some cases Azatlyk would still be accessible on
some antennas but on others Azatlyk programing would not be
available.

As has been true during previous campaigns to rid the country of
satellite dishes, the official reason given is that the dishes
are ugly blemishes on the grand architecture of Turkmenistan's
cities.

The main cable-television provider in the city of Yevpatoria, in
the Ukrainian region of Crimea that was annexed by Russia in
March 2014, has stopped distributing five Ukrainian television
channels.

According to a press release by the Elas cable operator on April
17, the 2+2, First National, STB, Ukraine, and Enter-Film
channels were cut off because they do not have registration from
the Russian government.

Ukraine's Inter + is now the only Ukrianian television channel
available in Yevpatoria.

Earlier this month, the de facto Russian authorities in Crimea
closed down the Crimean Tatar-language television channel ATR in
Simferpol after it was unable to secure registration despite
applying for it repeatedly.

Amnesty International called the closure of ATR and other Crimean
Tatar media "a blatant attack on freedom of expression, dressed
up as an administrative procedure" and "a crude attempt to stifle
independent media."

Image: Logo of «Украина» (Ukraine), one of the channels taken off
the cable system in Yevpatoria ...