The view through a porthole towards the bow of the LV Jenni
Baynton ...

Can't hear KBC on 1602 kHz? The audio stream is available at
kbcradio.eu .


Welcome to program 115 of VOA Radiogram from the Voice of
America.

The U.S. space agency NASA has released images of Ceres, a dwarf
planet orbiting the sun between Jupiter and Mars.

Ceres is the closest dwarf planet to the Sun, and now can be seen
in unprecedented detail.

The video is based on observations of Ceres that were taken on
the Dawn spacecraft's first mapping orbit, at an altitude of
13,000 kilometers, as well as more recent images taken from 5,000
kilometers.

Ceres is the largest obstacle in the asteroid belt. It is 950
kilometers in diameter - about one eighth the size of Earth. It
is the inner solar system's only dwarf, a planetary mass object
that is neither a planet nor natural satellite.

Dawn began its second mapping orbit on June 3 and will observe
Ceres for some weeks. The spacecraft is part of the Discovery
Program, managed by NASA's Marshall Space Flight Center. 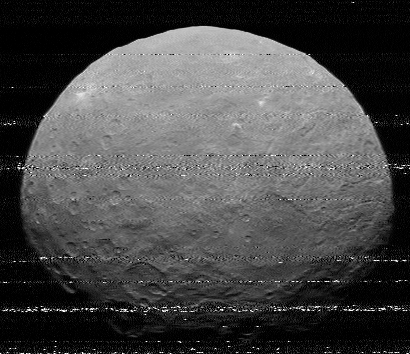 WASHINGTON - The U.S. space agency's test run of a Mars landing
system came to a disappointing end Monday when the saucer-shaped
vehicle's parachute failed to unfurl high over the Pacific Ocean.

It was the second attempt by NASA engineers to test the new
parachute system. A similar problem plagued the device's debut
run last year. NASA hopes the concept will revolutionize
planetary exploration.

After several weather related delays, the world's largest helium
balloon was launched from a military base in Hawaii to test a
saucer-like device called the Low-Density Supersonic Decelerator
(LDSD). The LDSD is designed to investigate and test breakthrough
technologies for landing robotic and human missions on Mars, and
safely returning large payloads to Earth.

"This new technology is required to land five metric tons, for
human missions, maybe 30 and beyond, metric tons on the surface.
So, the parachute we're using today can improve performance for
landing mass by 100 to 200 percent, and that's really critical
for not only future enhanced robotic missions, but human
exploration of Mars," said Steve Jurczyk of the NASA Space
Technology Mission Directorate.

"As we started thinking about the next generation of more
capable, more exciting, more bold missions to Mars, we started
realizing that we didn't have the technologies in place to land
them, and we had to start today, start developing those
technologies. Things like inflatable drag devices, that we could
inflate at the speed of sound," explained Ian Clark of NASA's Jet
Propulsion Laboratory.

The parachute tested Monday is 30 meters in diameter. A "flying
saucer" it was carrying weighed more than 3,000 kilograms, about
twice the weight of the kind of robotic rover spacecraft NASA
can currently land on Mars.

Late Monday, a NASA spokeswoman said the test failed when the
parachute deployed but did not inflate. A similar test in June of
last year suffered the same fate. 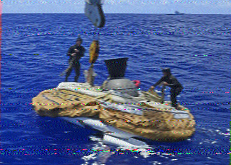 A glitch caused the International Space Station to change orbit
on June 9, but the crew was not in danger, the Russian space
agency said.

Roskosmos said the engines of a Soyuz spacecraft docked at the
station unexpectedly started during testing of the radio system
that controls the docking procedure, knocking the station off
course.

Steps were taken to stabilize the station and specialists are now
working to determine what caused the engines to start, the agency
said.

Two Soyuz spacecraft are docked at the station, and one of them
is scheduled to return three of the six crew members to Earth
this week.

Roskosmos said the landing would go ahead as planned June 11.

The glitch follows the recent failure of a Soyuz booster rocket,
which is used to launch manned Soyuz spacecraft and send Progress
cargo ships to the space station.

Based on reporting by AP, TASS, and Interfax


VOA Reports on Rise and Fall in Turkey

Washington, D.C. - The Voice of America provided extensive coverage
of the parliamentary elections in Turkey last weekend as the
pro-Kurdish People's Democratic Party (HDP) won enough votes to
give Kurds a voice in Parliament for the first time and Turkish
President Recep Tayyip Erdogan's ruling Justice and Democracy
Party (AKP) lost a majority in Parliament.

VOA coverage was enhanced by live news feeds from Mutlu Civiroglu
(VOA Kurdish) and Alparslan Esmer (VOA Turkish) and by reports
filed by VOA's network of freelance reporters on the ground in
Turkey. In addition, VOA's 43 other language services carried
reports on the elections.

As the election approached last week, VOA Turkish broadcaster
Esmer interviewed HDP official Hafize Ipek in the Turkish city of
Diyarbakir. Ipek told VOA, "'the ruling party's goal is to
prevent HDP from getting over the 10 percent threshold and keep
the Kurds unrepresented in Turkish politics. Our goal is to
assure polling station and vote security to avoid fraud." The
HDP needed to win at least 10 percent of the national vote to
enter Parliament. By winning more than 13 percent on Sunday, the
HDP denied President Erdogan's ruling AKP party a majority.

VOA Turkish posted a Special Election Page on its website
featuring interviews with political leaders and candidates, and
its coverage has been available in Turkey on Mynet.com, one of
the country's leading news and entertainment Internet portals.

VOA also reported on voting by approximately 90,000 Turkish
voters in the United States, 22 percent of whom cast ballots at
the Turkish Embassy and at consulates in nine U.S. cities.

VOA Kurdish broadcaster Mutlu Civiroglu reported from Istanbul
and then traveled to southeastern Turkey, a predominantly
Kurdish-populated region, to file reports and video for VOA
Kurdish and English programming. He filed video and photos from
the scene of the bomb blast at an HDP political rally in
Diyarbakir, Turkey two days before the election.

On Sunday, after the votes were counted and HDP's electoral
breakthrough was known, Khajijan Farqeen, a reporter for VOA's
Kurdish Service, filed on the joyous celebrations in the
southeastern city of Diyarbakir.

THANK YOU FOR DECODING THE MODES ON VOA RADIOGRAM, CHANGE MODE BACK TO MFSK32 TO SEE YOUR DECODED TEXT AGAIN.