Welcome to program 132 of VOA Radiogram from the Voice of
America.

Europe's high court has struck down a 15-year-old data transfer
treaty with the United States, ruling it does not offer enough
privacy protection for European citizens.

The European Court of Justice wrote Tuesday that the Safe Harbor
agreement does not shield personal data stored on U.S.-based
servers from possible U.S. government surveillance.

The agreement was drawn up in 2000 to allow thousands of
businesses to transfer information on European customers to the
United States, including what websites they visit and where they
like to spend their money.

But an Austrian law student brought a complaint against the
treaty to the European court, saying his private information
transferred to the U.S. by the popular Facebook website was not
properly secured.

"Today's judgment is an important step toward upholding
Europeans' fundamental rights to data protection," said European
Commission Vice President Frans Timmermans. "We will continue
this work toward a renewed and safe framework for the transfer of
personal data across the Atlantic."

But the White House said it was concerned that the ruling could
hurt businesses and economic growth.

"We believe that this decision was based on incorrect assumptions
about data privacy protection in the United States and the ruling
fails to properly credit the benefits to privacy and growth that
have been afforded to this framework over the past 15 years,"
spokesman Josh Earnest told reporters.

The European court ruling is part of the fallout from leaks two
years ago by former U.S. intelligence contractor Edward Snowden
that the National Security Agency had spied on U.S. and foreign
citizens as part of the fight against terrorism.

Privacy advocates regard Snowden as a hero, but the U.S.
government says he put national security at risk.

Snowden fled to Moscow to avoid arrest and trial in the U.S.


Image: Emblem of the European Court of Justice ... 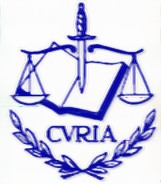 Russia Complicates US Pivot to Asia

WASHINGTON- With Monday's signing of the Trans-Pacific
Partnership [TPP], the United States reached a milestone in its
push for rebalancing toward the Asia Pacific region.

A new hurdle may be emerging, however, and this time it is not
China.

In the last few months, Russia has been steadily increasing its
military presence in the Western Pacific region, threatening to
complicate the U.S. strategy in the region.

At a recent discussion at the Stimson Center in Washington,
former Japanese Defense Minister Itsunori Onodera said Japan's
Self Defense Force has been scrambling more in the North against
Russia air force incursions than in the South against Chinese
forays over the Senkaku Islands, which are called Diaoyu Islands
by Beijing.

The U.S. is a staunch ally of Japan, and is bound by treaty to
defend the Asian nation against foreign aggression.

Admiral Harry Harris, Commander of the U.S. Pacific Command, told
Congress last month that he was concerned about Russia's growing
military presence in the Pacific.

"Russia has a long coastline, and they have at least two major
naval bases, including one for their ballistic missile
submarines, two major air bases, and then a host of smaller
operating bases in the Pacific," the admiral said. "So, these are
things that I worry about as I look at the panoply of threats
that the United States faces in the Pacific."

As part of the so-called "pivot" to Asia strategy, the U.S. Navy
has pledged 60 percent of its warships for the region, which is
believed by many observers to be intended to counter growing
Chinese military power.

Richard Weitz, a Russia expert at the Hudson Institute, a
Washington-based research center, said Russia's aggressive
behavior in Ukraine last year, however, and its recent military
actions in the Middle East, are slowing down the pace of the U.S.
rebalance to Asia.

"The U.S. is concerned about Russian actions in the Pacific, but
it is more concerned about Europe and the Middle East," he said.
"Therefore, flowing forces from those regions, as you would in
the pivot to Asia, is not occurring as rapidly as it would if the
Russians were not a threat in Europe and Middle East."

Shear said the Asia-Pacific Maritime Security Strategy, though,
released in August by the Pentagon, deals not only with China's
aggressive behavior in the region, but also with Russia's growing
military activities in the western Pacific.

According to a 2012 Pew Research Center report, 63% of American
teenagers use text messaging to communicate with each other every
day. The study also showed that a U.S. teen sends an average of
60 texts per day.

Now, a new study published by the American Psychological
Association suggests that girls between 13 and 16 years old who
compulsively text tend to perform more poorly academically than
teen boys.

Lead researcher Kelly M. Lister-Landman of Pennsylvania's
Delaware County Community College describes compulsive texting as
more tan just sending frequent texts. She says it also "involves
someone trying and failing to cut back on texting, becoming
defensive when challenged about the behavior, and feeling
frustrated when one can't do it."

The study's subjects were 403 predominantly white teens (211
girls and 192 boys) in 8th and 11th grades from a small town in
the Midwest United States.

Subjects filled out a two-part questionnaire called the
Compulsive Texting Scale. Some of the questions allowed the
researchers to learn whether their subject's texting activities
hindered their ability to complete assigned tasks; how engrossed
they were in texting and how much of an effort they made to
conceal their texting activities. The second questionnaire was
used to gauge their subjects' academic performance and see how
well adjusted they were in school.

After reviewing the results of the questionnaires, the
researchers found that only the female subjects had any negative
connotation between compulsive texting and academic performance.

Despite stereotypes that may suggest otherwise, other studies
have found that girls do not engage in texting more often than
boys, but each gender tends to text for different reasons.

Lister-Landman cited a 2005 study conducted by Naomi Baron
(Gender Issues in College Student Use of Instant Messaging) that
suggested young women mostly use internet communication to
nurture relationships and for social interaction, while young men
use it to merely pass along information to each other.

"Girls in this developmental stage also are more likely than boys
to ruminate with others, or engage in obsessive, preoccupied
thinking, across contexts. Therefore, it may be that the nature
of the texts girls send and receive is more distracting, thus
interfering with their academic adjustment," Lister-Landman said
in a press release.

The researchers admitted that since their test subjects were
mostly white, as well as other issues, the results of their study
were somewhat limited.

They envision further research to include observing students
while texting, examining their monthly phone bills, as well as
including parent interviews.

Lister-Landman added that it would be interesting to study what
actually motivates teens to text, and learn how much of an impact
multitasking (ability to do more than one task at a time) has on
academic performance.


Hamburgers Might Soon Be on Menu for Russian Astronauts

MOSCOW - Hamburgers could soon be debuting on Russian menus in
space.

The Russian research institute responsible for designing meals
for the country's astronauts said Thursday it was not opposed to
adding the American fast-food staple to their menus.

Alexander Agureyev, who oversees catering for the International
Space Station at the Russian Academy of Sciences, said proposals
to change space menus have been plentiful since space food began
to be mass produced in 2011.

Astronauts' menus are generally made up of refrigerated,
dehydrated and canned foods with long shelf lives.

While a variety of ethnic and fast foods ranging from hamburgers
to chicken teriyaki are currently available on menus for American
astronauts, the menu for Russian cosmonauts has generally
featured more traditional fare such as borscht, cottage cheese
and caviar. 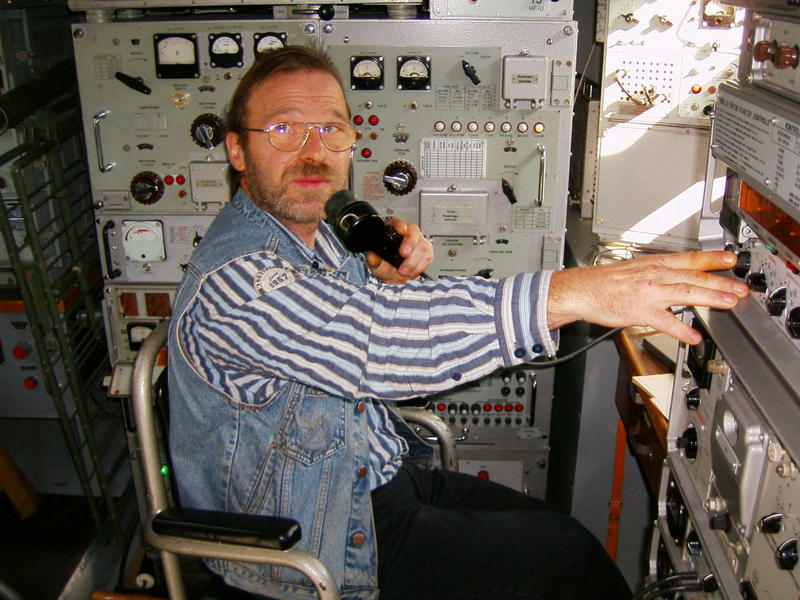