All via the Edward R. Murrow transmitting
station in North Carolina.

Welcome to program 134 of VOA Radiogram from the Voice of
America.

Many shortwave broadcast frequencies will change for the B15 high
frequency (HF) broadcasting season, 25 October 2015 to 27 March
2016.

All via the Edward R. Murrow transmitting station in North
Carolina.


In the past two weeks, news has emerged about Russia conducting
"large scale experiments to test the feasibility of cutting the
country off the World Wide Web."

The story was reported by Roland Oliphant in The Telegraph on 15
October:


Among other reports, this from Associated Press:


Russia has denied that the experiments took place ...


The relevance of the VOA Radiogram experiments to any disruption
of the Internet was discussed by Robert Gulley, AK3Q, in his All
Things Radio Blog ...

Press Freedom Under Fire in Turkey

ISTANBUL - Freedom of the press in Turkey is under serious
threat, according to a coalition of global media rights groups
who have completed an urgent mission to the country ahead crucial
parliamentary election next month.

Dozens of supporters of the ruling AK party protested outside the
offices of the Hurriyet newspaper last month, after it published
an article they claimed contained lies about Turkey's President
Recep Tayyip Erdogan. Days later, one of the newspaper's
columnists was brutally attacked outside his home.

Steven Ellis of the International Press Institute - which
organized the mission to Turkey - says this was just one case in
a series of chilling moves against press freedom.

"There has been a spiraling increase in defamation lawsuits, or
insult criminal cases, by the president in the last year and
especially in recent months. Those compounded with firings, with
raids on news outlets," Ellis says.

Journalists from the Dicle agency protested last month against
the arrest of several colleagues under anti-terror legislation –
which they say is used to suppress reporting of the government's
offensive against Kurdish separatists.

Mohammed Rasool was detained alongside two British journalists
from Vice News, reporting on clashes between Kurds and the
police. The two Britons have since been deported. Melody Patry of
the Index On Censorship was part of the delegation in Turkey.

"But Mohammed Rasool is just one example of the many other
journalists and media workers who are being imprisoned and
detained for simply doing their job, which is reporting the news,
and that is not a crime," Patry says.

"We do see sort of pressure, but that's due to mostly media
moguls having different agendas," he says, adding that
journalists all too often blur the lines between journalism and
politics.

"Most of the journalists in Turkey are acting like an activist,
instead of doing what they're supposed to do, like reporting,"
says Solmaz.

The Turkish government turned down an invitation to meet the
International Press Institute delegation. VOA requests for a
response to the accusations went unanswered. 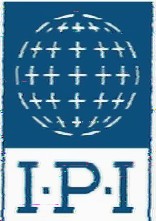 NASA's Cassini spacecraft has been sending back spectacular
images and providing scientists with valuable data about the
Saturn and its many moons since its arrival there in 2004.

On October 14th, Cassini returned to Saturn's ice-covered and 6th
largest moon Enceladus, the latest of many trips since 2005.

This time, the spacecraft sent back high resolution images of the
moon's northern region.Goe scientists were quite surprised by what they saw.

Based on images taken by the 1970's Voyager Mission, they thought
the region would be heavily cratered.

NASA says Enceladus' northern landscape is crisscrossed by a
spidery web of delicately-thin cracks that have cut through its
surface.

The Cassini is set to do its closest flyby of the moon's southern
polar region on October 28th and will make its final targeted
pass of Enceladus on December 19th. NASA says that the Cassini
Mission is scheduled to end in 2017.


Image: On October 14, NASA's Cassini spacecraft captured this
image of the north pole of Enceladus ...

Rain should be good for trees, scientists thought. But African
savannas — rolling grasslands with heavy rainfalls and spells of
drought — do not have many trees.

Princeton University researchers have an explanation: the way
grasses absorb and use water gives them a competitive edge over
trees.

In a study published in the Proceedings of the National Academy
of Sciences, they point out grasses can quickly absorb water to
support photosynthesis and rapid growth, but trees, with tougher
leaves and roots, are not as efficient in taking advantage of
abundant water.

Trees withstand droughts better than grasses, but in a future
that is predicted to be warmer and much wetter, the authors
predict even fewer trees on the savanna. That could be good for
grazers and other herbivores, but worse for birds and other
wildlife that depend on trees. It could also reduce the amount of
CO2 pulled from the atmosphere.

The Princeton researchers developed a mathematical model to mimic
how trees and grasses photosynthesize and absorb water, and
factored in rainfall numbers from observations across the savanna
to come up with their conclusions. First author Xiangtao Xu said
the model could help communities make better policies and
decisions to adapt to climate change.

All via North Carolina

(Pratola Peligna is a comune and town in the Province of L'Aquila  (AQ) in the Abruzzo region of Italy. )