Welcome to program 145 of VOA Radiogram from the Voice of
America.

American master of abstract art, Ellsworth Kelly, died December
27 at his home in Spencertown, New York at the age of 92. His
death was announced by Matthew Marks of the Matthew Marks Gallery
in New York.

The painter, sculptor and printmaker had studied at the School of
the Museum of Fine Arts in Boston after his discharge from the
U.S. Army in 1945. His formative years as an artist were spent
in Paris from 1948 to 1955 with support from the GI Bill.

He is credited with a distinctive style of American painting by
combining solid shapes and colors of European abstraction with
forms from everyday life.

"He was simply one of the great modern painters or our era,
certainly of the 20th century," said Harry Cooper, head curator
of Modern Art at the National Gallery of Art in Washington.
Cooper also said Kelly became "something of a brand" similar to
Jackson Pollock. "He was totally original, committed to his kind
of abstraction and he never wavered," said Cooper.

Art News said, "He was among a handful of artists, emerging in
the years after World War Two, who defined the art of the past
half-century."

In recent days, art museums and celebrities who love art have
paid tribute to Kelly on social media.


Images: Examples of works by Ellsworth Kelly. And, no, the first
is not a QR code ... 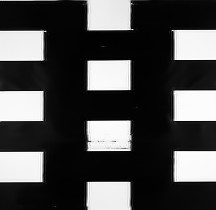 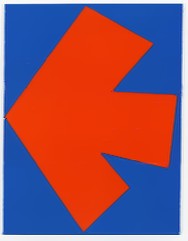 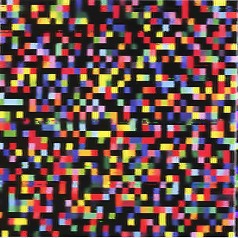 
In pictures: weird and wonderful traffic lights around the world

Think traffic and pedestrian signals are boring but necessary?
Think again – here are some strange and entertaining examples ... 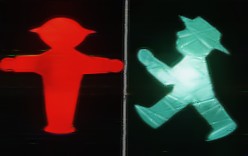 The Marshalite was a rotary traffic signal that was designed by
Charles Marshall in 1936. Used in Melbourne, Australia, from the
1930s – 1960s, it consisted of two rotors pointing at coloured
sections that denoted whether traffic in either direction should
proceed, prepare, or stop. The pedestrian version had additional
text telling people to "walk" or "don't walk". This example can
now be seen in the Museum Victoria in the city. ... 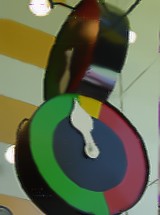 These lights aren't actually used to control traffic. But they
are so pretty, we thought they'd make a nice end to our gallery.
The eight metre-high Traffic Light Tree is a sculpture in London,
created by the French sculptor Pierre Vivant. It was "planted" on
a roundabout in Canary Wharf in 1998 on the site of a plane tree
that was suffering as a result of pollution. Some motorists were
reportedly confused at first, mistaking them for real signals.
But the sculpture – now moved to a different roundabout, near
Billingsgate Market – has grown to be a favourite among tourists
and locals. ... 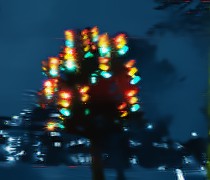