Sent by ECJ in Arevalo, Spain: whiskey, Coca Cola, and a Yaesu
FRG-7 receiver. All the ingredients for successful reception of
The Mighty KBC ... 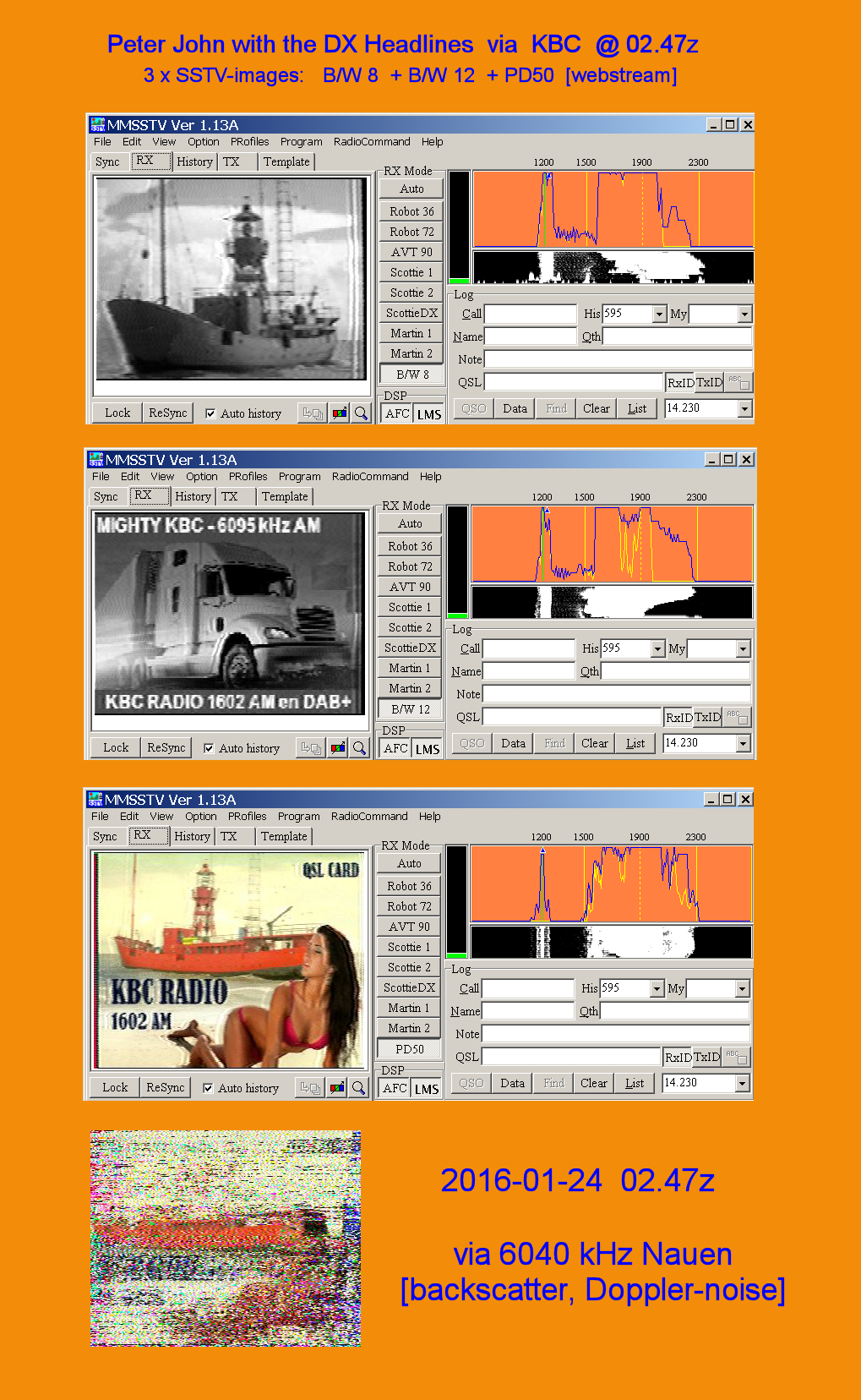 
Welcome to program 147 of VOA Radiogram from the Voice of
America.

Researchers at the California Institute of Technology – Caltech -
are reporting that they have found evidence of a giant planet
traveling in an odd and drawn out orbit in the far reaches of the
solar system.

If confirmed the newly found planet would be the solar system's
ninth planet. Pluto had that honor until it was demoted to dwarf
planet status back in 2006.

The researchers say this possible new planet, they nicknamed
"Planet Nine", has a mass that's about 10 times more than Earth
and 5,000 times that of Pluto.

"Planet Nine" is thought to orbit the sun from a distance of
nearly 20 times farther than Neptune, whose average distance to
the sun is about 4.5 billion kilometers.

The Caltech researchers, Konstantin Batygin and Mike Brown, who
used mathematical modeling and computer simulations but not
direct observations to make their discovery, figured that it
would take "Planet Nine" between 10,000 and 20,000 years just to
make one complete orbit around the sun.

"This would be a real ninth planet," says Brown in a Caltech
press release. "There have only been two true planets discovered
since ancient times, and this would be a third. It's a pretty
substantial chunk of our solar system that's still out there to
be found, which is pretty exciting."

Brown and Batygin, who reported their findings in the
Astronomical Journal, say that this new presumed planet is so
large that there should be no doubt that it's a true planet, once
confirmed.

The researchers say they're continuing to fine-tune their
simulations so that they can find out more about the planet's
orbit, its impact on the outer solar system and have begun, along
with others, to scan the skies for a direct look at "Planet
Nine".

Report: Plastic to Outweigh Fish in Oceans by 2050

There will be more plastic than fish in the world's oceans by
2050, according to a report by the World Economic Forum released
Tuesday.

Plastic has become the most used material everywhere and every
day in the modern economy for its combination of functionality
and very low production costs.

Its use, especially in packaging, which is the focus of the
report, has increased 20 times in the past 50 years, to 311
million tons in 2014, and is expected to double again in 20
years.

Most plastic packaging is used only once and 95 percent of its
value, worth $80 billion to $120 billion annually, is lost to the
economy.

The report predicts that with the current pace, oceans will
contain more plastic than fish by 2050 in terms of weight,
estimating that by then, the amount of plastic produced globally
will have increased three times to more than one billion tons.

The report considered more problematic the fact that almost a
third of all plastic packaging escapes collection systems and
ends up in nature or clogging infrastructure.

The World Economic Forum offers a vision for a global economy in
which plastic never become waste, but is systematically collected
and recycled.

That means offering people incentives to recycle plastic, use
reusable packaging, and encourage countries to improve their
waste collection infrastructure to prevent the material from
leaking into nature.

The report is based on interviews with more than 180 experts and
on analysis of more than 200 reports.


Image: Young volunteers of the organization Save Our Beach ... 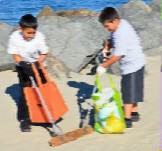 
Fiat That Pope Used in Philadelphia to Hit Auction Block

A tiny black Fiat 500L that ferried Pope Francis through
Philadelphia during his historic first visit to the United States
will be auctioned next week, officials said Wednesday.

The car, which the 79-year-old pontiff chose as a symbol of his
concern for the environment and desire to put aside some of the
rich trappings long associated with his office, will be auctioned
on January 29, said organizers of last year's World Meeting of
Families in Philadelphia.

Proceeds from the sale will benefit the Roman Catholic
Archdiocese of Philadelphia, they said. The car will then go on
display at the Philadelphia Auto Show, officials said.

The Fiat was one of six used during the Argentina-born pontiff's
visit to Washington, New York and Philadelphia. He also used a
white Jeep with open sides known as a "Popemobile" that allowed
Francis to kiss babies as he passed.

Amid heavy security and typically surrounded by the large,
armored black limousines and SUVs preferred by traveling American
politicians, the Fiats were conspicuous for their small size and
ever-open rear window from which the pope waved to crowds.

Thousands of Americans, both followers of the Catholic religion
and the curious, packed the streets of the three cities during
Francis' September visit, during which he also addressed the
United Nations and met with prisoners and homeless people.


On Wednesday, the Washington DC area had a surprise snowfall
during PM rush hour, not more than 2.5 cm, but stranding cars
throughout the region. It was a dress rehearsal for this
weekend's much larger predicted snowfall, 30 cm or more, in
Washington. ...