The stoptrein from Leeuwarden approaches the Harlingen Harbor
station, near the berth of the KBC ship ...

See the train and the KBC ship at this Willemshaven webcam ...


Welcome to program 149 of VOA Radiogram from the Voice of
America.

NASA says the planned 2018 inaugural flight of its new and
powerful rocket, the Space Launch System (SLS), will test the
performance of the SLS and Orion spacecraft as an integrated
system before it can be used to send humans into space.

The space agency says that the EM-1 mission will provide the rare
opportunity for the CubeSats to reach deep space destinations,
since most current launch opportunities for the little satellites
are from low-Earth orbit.

The CubeSats will be deployed from dispensers on the Orion
spacecraft with spring mechanisms after it separates from the
SLS' upper stage and is a safe distance away.

The mini-satellites will conduct a variety of studies the space
agency says will help open the way for future human exploration
of deep space destinations including Mars.

Once deployed, transmitters on the CubeSat's will be switched on
and their signals will be monitored by ground stations on Earth.

"The 13 CubeSats that will fly to deep space as secondary
payloads aboard SLS on EM-1 showcase the intersection of science
and technology, and advance our journey to Mars," said NASA
Deputy Administrator Dava Newman in a NASA press release.

Some of the experiments that will be carried out by the CubeSat's
include low moon orbits to gather information about its surface
and look for water, ice and other lunar resources.

Others will include a photographic and observational trip near to
an asteroid as well as one that will use yeast to investigate the
effect of deep space radiation on living organisms over the
course of a long journey into deep space.

According a NASA spokesperson, after being launched from the
Kennedy Space Center in Cape Canaveral, Florida, the SLS will
travel to the moon, then use lunar gravity to help propel it
thousands of kilometers beyond the moon and make a return trip to
earth.

For the EM-1 mission, the SLS will be powered by four RS-25
engines and two boosters which NASA says will provide a lift
capability of at least minimum 70-metric-tons.


This is VOA Radiogram in MFSK31.

First, cosmonauts Yuri Malenchenko and Sergey Volkov gave a
ceremonial send-off to a flash drive containing special messages
for their motherland. The videos and messages relate to the 70th
anniversary of Russia's Victory Day last year. The flash drive
was attached to a small bundle stuffed with towels to provide
some bulk.

"There it goes," Volkov said in Russian as he tossed the package
overboard. "Just beautiful," he noted as it spun slowly,
appearing to tumble toward Earth.

NASA said the jettisoned package would pose no hazard to the
orbiting lab.

With that accomplished, the spacewalkers set off to retrieve
biological samples that have been outdoors seven years, and put
out some new science trays. They also planned to test a new glue
that might prove useful in years to come on the station's
exterior.

The January 15 spacewalk had to be cut short because of the
problem, a repeat of what happened to an Italian spacewalker in
2013. That first incident was considerably more serious,
involving much more water leakage.

The Russians use different types of suits, so the problem was not
expected to resurface. As for U.S. spacewalks, astronauts will go
out only in an emergency until the leakage is understood and
corrected, according to NASA.

Six men currently are living at the space station: three
Russians, two Americans and one Briton.


Image: Screenshot from video of the Russian spacewalk,
youtu.be/Yr0aZ7m4QTE ... 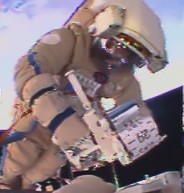 ISLAMABAD - Authorities in Afghanistan said Tuesday that
airstrikes conducted with the support of the United States in a
restive eastern region have destroyed an Islamic State radio
station along with its Internet communications and other
facilities.

He said the attack took place in a mountainous area of the
district of Achin, where IS has established its headquarters and
from where the terrorist group has been trying to expand its
influence and stage attacks elsewhere in Afghanistan.

The Afghan Defense Ministry confirmed the airstrikes immediately
silenced the IS broadcasts.

Officials and residents in Nangarhar say the Islamic State FM
radio station had been airing two-hour daily programs over the
past three months. But the broadcasts have stopped since Monday
evening, they say.

IS radio said in a tweet: "The voice of Khilafah of the Islamic
state strongly rejects the reports of the puppet regime of Kabul
that the radio has been destroyed."

The radio station, operated from a mobile transmitter in a
mountainous Afghan-Pakistan border area, has terrorized the
region for two months. First broadcasting in Pashto, the FM
station added Dari language broadcasts to its lineup last week.

The broadcasts, which ran daily, included anti-government
propaganda, invitations to join IS, threats against government
employees and interviews with IS fighters.

The Afghan government tried several times but failed to take the
broadcasts off the air. According to the ministry's spokesperson,
Dawlat Waziri, security forces silenced the radio station for
brief periods twice before.

Local resident Abdul Qayum told VOA that warplanes carried out
heavy bombardments overnight in the Achin district, which borders
Pakistan. He added that the radio broadcasts went down after the
strikes.

Image (via RFE/RL): Afghan men listen to a radio broadcast by the
Voice of the Caliphate station run by Islamic State in December
2015 ... 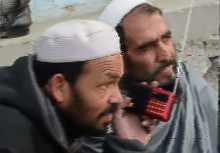 The Winter SWL Fest will be 19-20 February at Plymouth Meeting,
Pennsylvania, just outside Philadelphia. This is the largest
gathering of shortwave listeners and other radio listening
enthusiasts in North America. Information at
http://www.swlfest.com.

World Radio Day is next weekend: 13 February 2016. This year, the
UNESCO theme for World Radio Day is "Radio in Times of Emergency
and Disaster". "Radio remains the medium that reaches the
widest audience worldwide, in the quickest possible time." More
information at http://www.diamundialradio.org/ 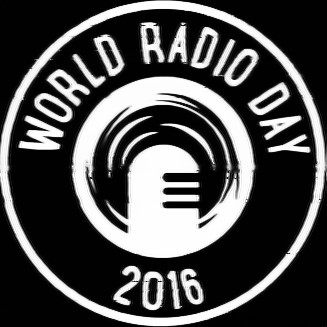 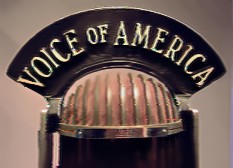