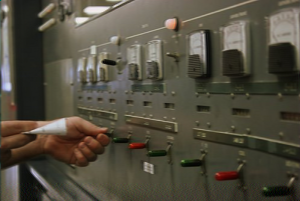 Welcome to program 214 of VOA Radiogram from the Voice of
America.


New Observation of Nearby Star System Confirms Similarity to Ours

A relatively nearby planetary system is structured remarkably
like what ours probably looked like when it was young, the U.S.
space agency NASA confirms.

The system around the star Epsilon Eridani, or eps Eri, is just
10.5 light-years away and astronomers say it provides an
excellent example of how planets form around stars in systems
like ours.

Previous studies of the system using the Spitzer Space Telescope
led to two theories about how the system formed. One suggested a
wide debris disk made up of gas, dust and small rocky and icy
bodies. Another suggested several thin debris disks similar to
our system, which has an asteroid belt between Mars and Jupiter,
and the Kuiper Belt of mostly icy objects beyond the dwarf planet
Pluto.

Using the Stratospheric Observatory for Infrared Astronomy, or
SOFIA, astronomers found eps Eri has two narrow bands like our
system. Furthermore, they detected a Jupiter-sized planet roughly
the same distance from its star as Jupiter is from the sun.

"It really is impressive how eps Eri, a much younger version of
our solar system, is put together like ours," said Kate Su of the
University of Arizona who led the study.

SOFIA, which is a larger telescope than Spitzer, is mounted on a
Boeing 747. It previously found oxygen in Mars' atmosphere,
offered close-up looks at Jupiter and has documented the
formation of new stars.

If the name eps Eri sounds familiar, you may have already heard
of it as the setting for the science fiction television series
Babylon 5.

The description of eps Eri was published in the Astronomical
Journal on April 25, 2017.

Weeks After Massive US Bomb, IS Still on Air in Afghanistan

ISLAMABAD - Almost three weeks after the United States dropped
its most powerful non-nuclear bomb in Eastern Afghanistan, the
Islamic State group continues to show battlefield resilience as
well as run its FM radio channel in the area.

Earlier this week the Islamic State Khorasan Province, the IS
chapter for Afghanistan, Pakistan, and Central Asia, through its
Middle East based news agency Amaq, claimed it wrested control of
a volatile district from the Afghan Taliban in Nangarhar, the
same province where the bomb was dropped. Provincial government
spokesman Ataullah Khogyani confirmed a clash between ISKP and
Taliban fighters.

Last week, two American soldiers were killed in an intense
three-hour fight with ISKP in the same area. The Pentagon
suspected the group's leader, Abdul Hasib, along with 35 fighters
were also killed.

The fighting has not had any impact on Khilafat radio, the ISKP
FM channel that can still be widely heard in most of Nangarhar
province, including the capital Jalalabad.

IS has used the radio to deny government claims that the GBU-43
Massive Ordinance Air Blast, nicknamed the mother of all bombs,
killed more than 90 IS fighters, including 13 commanders.

Locals say the radio is an effective propaganda tool.

"I am against this radio. But when I listened to it, even I
became emotional and thought of going and joining IS," said
Jalalabad resident Romal. He was worried about the impact the
radio was having, particularly on youth and on people living in
the rural areas.

Another resident, Zerak Zaheen, had a similar reaction.

"If it has this kind of an impact on me, what impact must it be
having on the illiterate people?" he asked.

The FM channel has been running for more than a year and a half,
and despite Afghan government and coalition forces efforts to
knock it off air, it has only endured minor hiccups.

The two-hour daily broadcast in the local Dari and Pashto
languages airs religious messages and urges people to join ISKP
in the "jihad" against foreign forces.

The Islamic State took hold in the Nangarhar province,
particularly in Achin and some surrounding districts, in early
2015. Most of the members of the group are former Pakistani
Taliban who crossed into Afghanistan when the Pakistani military
started a clearing operation in its northern tribal belt called
North Waziristan.

Some disgruntled Afghan Taliban, along with some Central Asian
militants, mostly Uzbeks and Chechens, also joined the group.

Lately, ISKP has taken responsibility for some major attacks in
Kabul as well.

The Afghan military and NATO forces ratcheted up their operations
against the group, promising to defeat it this year.

Last month, US forces dropped the almost 30 foot bomb, which
weighs approximately 10 tons, on a cave and tunnel network in
Achin district, saying it was the right weapon under the
circumstances.

The use of such a heavy weapon received criticism from various
quarters. Former President Hamid Karzai accused the U.S. of using
Afghanistan as a testing ground. The Afghan Taliban condemned the
U.S. for using this weapon on Afghan soil.

However, locals have mostly welcomed the move.

"If this bomb killed Daesh (IS) we support it. We want to be rid
of Daesh's brutality," said local resident Ahmed Tahir.

None of the locals VOA talked to on several different occasions
mentioned any civilian casualties. Most of the civilians in the
area, they said, had fled due to brutal tactics employed by ISKP.

VOA Pashto and Dari Service reporters who went to the bomb site
said they could only see limited damage. They saw a couple of mud
houses destroyed, but crops within a mile of the bomb site were
standing. The blast site had a crater but it was not deep. They
could not tell if the attack had damaged ISKP in any significant
way.

Some locals complained to the reporters that the bomb was not
worth the hype created over it and said they would rather see
bigger bombs dropped on ISKP.

German public broadcaster Deutsche Welle has announced the White
House Correspondents' Association as the winner of its 2017
Freedom of Speech Award.

Deutsche Welle said the White House press corps is "establishing
a new benchmark in reporting about the policies of the new
administration" in spite of President Donald Trump denying their
credibility and sometimes using personal attacks.

"We have complete trust in the democracy in the United States of
America," said DW Director General Peter Limbourg."This entails
that we are reliant on a strong media.The White House
Correspondents' Association is a guarantor for the control of
those in power."

The award will be presented at Deutsche Welle's Global Media
Forum in Bonn in June.

WHCA President Jeff Mason said the group is "deeply humbled and
honored" to be chosen.

"Press freedom in the United States is not a given, despite the
protection provided by the constitution.We must remain vigilant
to ensure that those freedoms persist, regardless of who holds
power in Washington," Mason said.

The award is in its third year.The prior winners were imprisoned
Saudi blogger Raif Badawi and Sedat Ergin, then-editor-in-chief
of the Turkish daily Hurriyet.

Turms Tech LLC has applied for a license for a 10 kW DRM
transmitter to be located in Alpine, New Jersey with the antenna
on an existing radar tower. We will report further on this as
information is available, but at this point it looks like their
target is Europe and the Middle East with "broadcast and data".

This tower is adjacent to the famous "Armstrong Tower" used by
Edwin Armstrong during the early days of modern FM radio. Thanks
to our astute DRM Brother Benn for this historic tidbit!

With link to application: bit.ly/2paJFt3

Image: One of the venerable General Electric transmitters at the
BBG North Carolina shortwave station ....