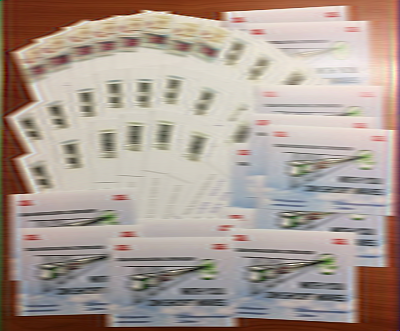 This video from the UK showing reception of The Mighty KBC last
weekend on 6095 kHz ...

Welcome to program 218 of VOA Radiogram from the Voice of
America.

** use UTF-8 character set for Amharic


Hypersonic Space Plane May Soon Be a Reality

The goal of the project is to offer quicker access to low Earth
orbit, decreasing the preparation time to launch from months to
days. For example, in the case of the loss of a military or
commercial satellite, the unmanned, reusable XS-1 could quickly
be used to launch a replacement.

"The XS-1 would be neither a traditional airplane nor a
conventional launch vehicle, but rather a combination of the two,
with the goal of lowering launch costs by a factor of 10 and
replacing today's frustratingly long wait time with launch on
demand," said Jess Sponable, DARPA program manager.

According to DARPA, the XS-1 will be about the size of a business
jet and take off vertically, propelled not by external boosters
but by "self contained cryogenic propellants." After reaching a
suborbital altitude, the plane would launch an expendable upper
stage that would be able to push a satellite into orbit. The
plane would then return to Earth, landing like a plane.

DARPA said the plane could then be reused "potentially within
hours."

The XS-1 is still years away from reality, with DARPA saying
testing the plane's engines on the ground slated for 2019.

NEW DELHI - India has opened its longest bridge in the country's
remote northeast to boost its defense infrastructure close to its
contested border with China. The bridge is one of several
projects that have been accelerated to facilitate movement of
armed forces and artillery to Arunachal Pradesh state, which
China claims as its own.

The 9.15-kilometer Dhola Sadiya bridge over Brahmaputra river
will give faster and easier access to the Himalayan state, which
China refers to as South Tibet.

The bridge has been designed to withstand the weight of 60-ton
battle tanks.

Inaugurating the project on a day that he completed three years
in power, Prime Minister Narendra Modi, however, focused not on
the defense, but the economic benefits of a project that will
also improve connectivity in a remote region where infrastructure
has been poor.

He said it would speed up development in both Arunachal Pradesh
and Assam states and help tens of thousands of farmers gain
access to new markets. "It will not just save time and money, it
will usher in an economic revolution," said Modi.

Since taking office in 2014, Modi's government has made upgrading
infrastructure a priority to propel economic growth.

This includes several key projects in border regions in
northeastern states that his government says are needed to
strengthen Indian defenses.

The policy marks a strategic shift in India's strategy, which for
decades did not upgrade infrastructure in the region believing
that the improvements could be used by Chinese troops to get easy
access to India. India and China fought a brief war in 1962, and
despite prolonged negotiations, parts of their border are still
disputed.

Former Major General and security analyst Dipankar Banerjee says
that in the past it was felt that "close to the border if you
built roads, then it could perhaps be used for offensive purpose
by either side. So there was some constraint on building roads."

By next year, India also hopes to complete a two-lane road to a
remote but strategic border area in Arunachal Pradesh where all
military supplies have to be ferried by helicopter. Building the
road along near vertical Himalayan slopes is an engineering
challenge that involves transporting even road building equipment
via helicopters.

Another project focuses on upgrading landing grounds for heavy
transport aircraft. Indian analysts say these projects will help
close a gap with the huge transport network China has built on
its side of the border. "China has got much better
infrastructure, that is one of the major issues," says Banerjee.

Last week, Home Minister Rajnath Singh called on troops guarding
the border to remain vigilant against Chinese transgressions. "We
want peace, but peace with honor. We need to be capable of
deterring anyone who may think we are weak," Singh said.

Ties between the two countries have deteriorated in the past
year. Last month, China voiced strident objections to a visit by
Tibetan spiritual leader the Dalai Lama to Arunachal Pradesh and
warned that the trip to a disputed region that it claims as its
own would impact ties. The visit prompted junior Defense Minister
Kiren Rijiu to say that "Arunachal Pradesh is part of India and
that reality will not change."

ADDIS ABABA - Ethiopia has cut off internet access nationwide
until at least June 8 to try to stop cheats from posting high
school exam papers on social media, a government official said on
Thursday.

Hundreds of thousands of students will take the tests throughout
the Horn of Africa country with Grade 10 exams taking place from
May 31 until June 2, and Grade 12 tests from June 5 until June 8.

Last year, exam papers were widely posted online, prompting the
government to reschedule the tests, which are the main public
exams for 16- and 18-year-olds to secure places at university and
on vocational courses.

Kim's note: This graph shows the number of visitors from Ethiopia
to the VOA Amharic Service websites (desktop and mobile), May 25
through May 31. From a high of 3,637 visitors on May 26, the
number dropped to 45 on May 31 ...

Kim: If the internet is cut off in Ethiopia, can we transmit
Amharic text via shortwave?

It's an interesting alphabet ...

This is VOA Radiogram in MFSK16.

Canada C3 Sesquicentennial Voyage May be Tracked via WSPR Beacon

An Amateur Radio WSPR (Weak Signal Propagation Reporter Network)
beacon has been installed and activated onboard the Canada C3
vessel. The ship departed Toronto, Ontario, on June 1 on a
150-day expedition to Victoria, British Columbia, via the
Northwest Passage as part of the Canadian Sesquicentennial
celebration. Sponsors are calling it an "epic journey to
celebrate Canada and connect Canadians." According to Radio
Amateurs of Canada (RAC), Canada C3 organizers permitted a group
of enthusiasts under the leadership of Barrie Crampton, VE3BSB,
to install the WSPR beacon on the C3 vessel.

"This provides a unique opportunity to track the vessel on its
150-day sailing voyage around the Canadian coast — the longest
coastline in the world," an RAC bulletin said. The WSPR beacon
identifies as CG3EXP. ...

Stopping at a different location every day, Canada C3 will visit
50 coastal communities, 36 indigenous communities, 13 national
parks and 20 migratory bird sanctuaries. The WSPR project is part
of the science experiments and research to be carried out during
the voyage.