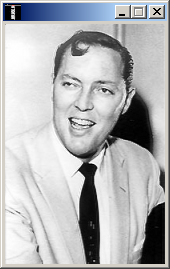 
Welcome to program 107 of Shortwave Radiogram.

The U.S. space agency NASA has successfully tested the Orion
spacecraft's launch abort system, designed to save crew members
should an emergency occur during a launch.

A test version of the Orion crew module blasted off from the
Space Launch Complex at the Cape Canaveral Air Force Station in
Florida early Tuesday.

During the approximately three-minute test flight, called Ascent
Abort-2, the test spacecraft traveled to an altitude of nearly 10
kilometers, at which point it experienced high-stress aerodynamic
conditions expected during ascent.

The abort sequence triggered, and the abort motor fired to pull
the crew module away from the rocket, releasing the crew module
for splashdown in the Atlantic Ocean.

NASA officials say the successful test shows the abort system can
quickly steer the crew module and the astronauts inside to safety
in a crisis situation even during the most critical point in a
launch sequence. 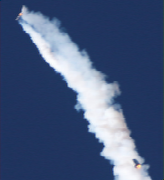 
How slanted are your MFSK images?

Next on Shortwave Radiogram, we will transmit a vertical orange
rectangle. You can use this to correct for any slant in your
MFSK images. Slant can occur even if the sound card in your
computer is perfectly calibrated. The slant is actually caused by
"disagreements" among the sample rates of various devices in the
process, including my sound card, your sound card, the sound card
of the computer at the transmitter site, the sound card
associated with any SDR you might use to receive this broadcast,
and other digital devices such as portable recorders.

Let's try it first without any adjustments to see how much slant
is present, or not, in your decoding of the image ....

Now we will transmit the same image again. While the orange
rectangle is "painting," if you notice a green "sliver" beginning
to form at the left of the image, try this in Fldigi: Configure >
Sound Card > Settings > Corrections > Change Rx ppm to 100.
Further adjust the Rx ppm until you achieve a vertical border
between the orange and the green.

If you notice a purple sliver forming at the right of the image,
try an Rx ppm correction of -100 (minus 100) and adjust as
necessary until a vertical border between the orange and purple
is seen.

Of course, this is easier to do if you record Shortwave
Radiogram. You can play back the audio and make as many
adjustments as needed.

This is Shortwave Radiogram in MFSk64

It's no secret that some dramatic changes are needed to arrest
the trend of rising temperatures around the globe, but a new
study has dug into the detail with some pretty disconcerting
results. According to the authors of the paper, the energy
infrastructure we've already constructed is more than enough to
warm the planet beyond levels considered safe, and that's before
we start to consider future power plants currently in the
pipeline.

The Paris Agreement signed in 2015 implored governments around
the world to take significant steps to limit global warming, with
signees pledging to keep global temperatures from rising 2° C
(3.6° F) above pre-industrial levels this century. More
ambitiously, the agreement encouraged countries to aim for a
maximum of 1.5° C (2.7° F) of warming, which would further reduce
the risks of intense storms, flooding, sea level rise, decimated
agriculture and other by-products of a warmer planet.

That we are on track to breeze past these limits isn't really
news. A UN report published around a year after the agreement was
adopted found carbon emissions were set to surpass them easily,
projecting a temperature rise of around 3° C (5.4° F) by the end
of the century.

The new study, led by researchers at the University of
California, Irvine (UCI), sought to shed some light on these
trends by taking stock of the fossil fuel-burning infrastructure
already in place today, and how much it is likely to contribute
to global carbon emissions over the coming decades. This was
based on detailed data sets of infrastructure in place in 2018
and the assumption that power plants and boilers will run for
around 40 years, and light vehicles for 15 years.

According to the team, business as usual will lead to around 658
gigatons of CO2 being released into the atmosphere over the
lifetime of these sources, more than covering the whole carbon
budget for 1.5° C of warming and accounting for around two thirds
of the carbon budget for 2° C of warming. The researchers were
also able to make adjustments to their calculations to determine
what shutting down these sources early could mean, finding that
the 1.5° C could still be avoided if existing power plants were
retired after 25 years instead of 40.

"We need to reach net-zero carbon dioxide emissions by midcentury
to achieve stabilization of global temperatures as called for in
international agreements such as the Paris accords," says lead
author Dan Tong, a UCI postdoctoral scholar in Earth system
science. "But that won't happen unless we get rid of the
long-lasting power plants, boilers, furnaces and vehicles before
the end of their useful life and replace them with non-emitting
energy technologies."

The team also looked at power plants that are planned or already
under construction, and found these would add another 188
gigatons of C02 to the mix if they go ahead.

"Our results show that there's basically no room for new
CO2-emitting infrastructure under the international climate
goals," says co-author Steven Davis, a UCI associate professor of
Earth system science. "Rather, existing fossil fuel-burning power
plants and industrial equipment will need to be retired early
unless they can be feasibly retrofitted with carbon capture and
storage technologies or their emissions are offset by negative
emissions. Without such radical changes, we fear the aspirations
of the Paris agreement are already at risk."

The research was published in the journal Nature.

Sunset over the St. Joseph River in South Bend, Indiana. From
bit.ly/2J9bbEu ... 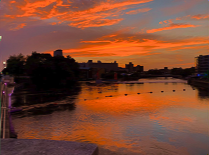 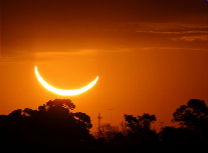 This sea lion pup was born June 23 at the Smithsonian National
Zoo in Washington DC. From s.si.edu/329fneQ ...

A Boeing 737 MAX airplane is stored in an employee parking lot
near Boeing Field in Seattle, Washington, on June 27, 2019. From
bit.ly/2LrjKfp ... 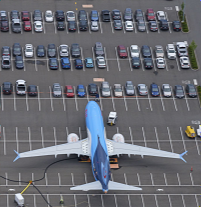 Our painting of the week is "Fourth Of July - Cazenovia Lake" by
Wayne Daniels. From bit.ly/2RSplfO ... 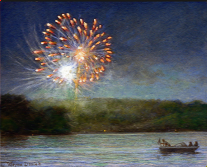