Welcome to program 112 of VOA Radiogram from the Voice of
America.

ISTANBUL - A Turkish prosecutor's call to close TV stations
linked to Islamic cleric Fethullah Gulen has added fuel to
growing criticism that state and most other media outlets are
biased in favor of the government ahead of June's general
election.

Gulen is accused of conspiring against the government. The TV
stations are among the few remaining media outlets critical of
the ruling AK Party.

Political scientist Cengiz Aktar of Istanbul's Suleyman Sah
University said the closure of the stations would add to growing
concerns over the fairness of the June 7 general election.

"It will lessen the media outlets capable reporting properly what
is really happening during the campaign," he said. "Already it's
difficult to talk about a free election because the majority of
the media outlets are openly working for the ruling party and
press freedom is under very serious threat as pointed [out] by
European Union ... [the] Council of Europe and America."

The Organization for Security and Co-operation in Europe, OSCE,
is monitoring the election and has voiced concern about the
fairness of the media.

And some pro- government newspaper columnists have echoed voiced
concern about such a potential move.

The ruling AK Party has not commented on the reports.

The controversy comes as President Recep Tayyip Erdogan's accused
a leading newspaper critical of the government and its owners of
conspiring against him and the government.

Erdogan, a founding member of the ruling party, is bound by the
Turkish Constitution to be impartial.

But since the start of the general election, he has embarked on a
nationwide speaking tour, in which he routinely attacks all the
opposition parties.

The speeches are carried live by state media and numerous private
TV channels. Along with extensive coverage of the prime
minister's speeches, observers said little airtime is given to
the opposition.

Despite protests by all opposition parties and claims of
violation of electoral law, government minister Nesrin Ulema
denied any wrongdoing.

She said it is not true because "our Supreme Election Council and
election laws secure the equal broadcast rights for all the
parties after the election campaign period starts."

She added that "there might be such a perception or a feeling
that AK Party has more weight since our president is also out in
the field. But he is the first ever president who was elected by
the nation's votes."

Political columnist Kadri Gursel of Turkey's Milliyet newspaper
warned the country is heading in a dangerous direction, given "an
ongoing deepening crisis of justice."

"There is no legal body to stop and punish violation of the
constitution, violation of electoral law and limited access of
opposition parties to mainstream media," he said. "And then it's
enough to create an authoritarian system, which makes it almost
impossible for an opposition parity to make gains in elections."

Adding to growing concerns over media freedom are reports of
conglomerates with large media holdings having received
significant tax writeoffs in the run-up to the election.

The ruling AK Party has strongly denied allegations of
impropriety. But observers warn both national and international
concerns are growing over the health of democracy and the June
election.

(Berlin) – Turkmen authorities have expanded their campaign to
remove private satellite dishes from private homes in residential
areas even where the satellites are not readily visible, Human
Rights Watch said today.

In March 2015, authorities began forcing residents to remove
their satellite dishes from apartment buildings on main streets
in Ashgabat, the capital, under the pretext of "city
beautification." The forcible dismantling of hidden satellite
dishes outside the city center underscores the conclusion that
the campaign is not about aesthetics but is an attempt to impose
a de facto ban on satellites to limit access to independent
sources of information provided by satellite television and
radio.

"The Turkmen authorities' persistent efforts to block access to
alternative sources of information violate the right to access to
information and freedom of speech," said Rachel Denber, deputy
Europe and Central Asia director at Human Rights Watch. "This
absurd campaign should stop immediately and for good."

A source in Turkmenistan told Human Rights Watch that from May 5
to 7, local housing authorities in Ashgabat ordered residents of
several residential neighborhoods located away from main streets
and outside the city center to remove their satellite dishes.

On May 2 and 3, a local district police officer visited residents
on Erevanskaya Street, in the Gazhi district of Ashgabat, to
inventory private satellites.

Police made similar visits in residential areas of predominantly
one- and two-story houses in Annau, Abadan, Geok-Tepe, suburbs of
Ashgabat, and in Mary, in southern Turkmenistan. Local housing
authorities, in some cases accompanied by local district police
officers, "recommended" that residents switch to state cable TV
packages. The authorities warned that the satellite dishes would
be removed in any case and threatened residents with fines of
400-500 Turkmen manat (US$116-$145) if they did not "voluntarily"
remove their satellite dishes within a month.

The authorities followed up by destroying the satellite dishes.
This unnecessary measure supports the conclusion that the real
aim of the campaign is to restrict access to diverse and
independent sources of information, Human Rights Watch said.

On May 15, residents of an apartment building in Ashgabat
observed a group of people who did not identify themselves using
a crane to remove and destroy satellite dishes from the roof.
They did not give advance warning or ask residents to remove the
dishes voluntarily. Some residents discovered that their
satellite dishes had been removed only when they lost the signal
and went to the roof to examine their dishes. Some residents
removed their satellites themselves to prevent them from being
destroyed.

"Private satellite dishes are an important tool for people in
Turkmenistan to combat their isolation from the world," Denber
said. "Turkmenistan's key international partners should express
strong concern over this attack on press freedom and access to
information."

New figures unveiled today show the BBC has a weekly global
audience of 308 million people. This represents the combined
measured reach of international BBC content – both news and
entertainment – for the year 2014/15 and is the first time this
figure has ever been measured in this way.

The figures – the BBC Global Audience Measure (GAM) – reveal that
the BBC's weekly global news audience, which is measured each
year, has increased by 18m people, or 7 per cent since last year,
to a record-breaking 283 million. This means that one in every 16
adults around the world uses BBC News.

For the first time, television (148m) overtook radio (133m) as
the most popular platform for BBC international news, and it is
also the first time since the BBC tracked audiences for all three
platforms – radio, TV and online (55m) – in English and 28 other
languages – that they've all grown in the same year.

The BBC World Service's audience has increased by 10 per cent in
its first year of licence fee funding and now stands at 210m,
with the biggest boost coming from new World Service TV news
bulletins in languages other than English.

The biggest growth for a single service comes for BBC World
Service English, which has its highest-ever weekly reach with an
audience of 52m, an increase of more than 25 per cent. The
countries where the audience increases for World Service English
have been highest are Nigeria, USA, Pakistan and Tanzania.

BBC Global News Ltd's audience has grown to 105 million with BBC
World News TV's up by 12 per cent, and bbc.com/news growing by 16
per cent.

Fran Unsworth, Director of the BBC World Service Group, says:
"These amazing figures demonstrate the importance and impact of
the BBC around the world.

"In times of crisis and in countries lacking media freedom,
people around the world turn to the BBC for trusted and accurate
information. Thanks to our digital innovation we now have more
ways than ever before of reaching our audience – from the
WhatsApp Service we set up during the West Africa Ebola outbreak
to our pop-up Thai news stream on Facebook following the military
coup."

Tim Davie, Director, Global and CEO, BBC Worldwide, says:
"Today's audience numbers show the global reach of the BBC to be
strong and growing. The consumption of branded BBC services
across TV, radio and digital platforms speaks to the
international appetite for premium content across all the genres
for which we are best known – primarily news, but increasingly
for drama, factual and entertainment.

"Having a robust but prudent measurement system in place also
helps increase our understanding of our audiences, enabling us to
serve them to the very best of our ability in the future."

Other points of interest are:

●     The World Service Group is going from strength to strength
in both developed and developing markets, with the single
biggest audience for any country in the USA (30m), and with
more than a third of the total audience on the African
continent (100m), the biggest BBC audience ever seen on any continent.

●     Digital innovations from the World Service Group over the
past year have included a new Africa livepage on the BBC
website; the Thai ‘pop up' news stream on Facebook; the
emergency Ebola service on WhatsApp in West Africa; chat
app news services on Line, Mxit, WeChat and WhatsApp; and
the move of all 27 language service websites plus News to
fully responsive design, which means they can easily be
read on mobile phones of all sizes and standards.

The Global Audience Measure (GAM) measures the combined reach of
the BBC's international news services – BBC World Service, BBC
World News, bbc.com/news and BBC Media Action. It also includes
the majority of BBC Worldwide's BBC-branded direct to consumer
services, where measurable and obtainable. It excludes audience
for BBC programmes made or sold by BBC Worldwide to third party
broadcasters and other platforms.

The BBC's global news figures were previously measured by the
Global Audience Estimate (GAE). This year, these news figures
have been combined with BBC Worldwide measured audience figures
for the first time.

The GAM shows combined figures, meaning if someone watches both
BBC Worldwide content and BBC News, they are only counted once in
the total figure. This year's figures have also been adjusted
downwards to avoid double counting people who use multiple
devices, eg both a tablet and a smartphone. 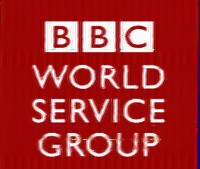 Here are some pics of  OE3ODW