The Christmas Tree on the grounds of the U.S. Capitol, whose dome
is scaffolded for major renovations...


Welcome to program 90 of VOA Radiogram from the Voice of America.

Here is the lineup for today's program (all in MFSK32 except
where noted):

India has successfully launched its largest rocket and an
unmanned capsule which could send astronauts into space.

The Geosynchronous Satellite Launch Vehicle MK III blasted off
from Sriharikota in the southern state of Andhra Pradesh early
Thursday.

The new rocket will be able to carry heavier satellites into
space.

The mission was lauded for its shoestring budget of about $74
million.

Cambodian ‘Ghost' Plane Put Up for Auction in Vietnam

Vietnamese authorities are putting up for auction a Cambodian
passenger jet that has been abandoned for years at Hanoi's Noi
Bai international airport.

The plane, last flown from Siem Reap, Cambodia, to the Vietnamese
capital, has been unclaimed since 2007.

Luu Van Doan, an official at the Civil Aviation Authorities of
Vietnam, told VOA's Vietnamese service the Boeing 727 was left at
Noi Bai for technical reasons.

"We have informed Cambodian authorities of its existence and have
put out information in the mass media, seeking the owner of the
plane, but no one has come up to claim it."

The official said money earned from the auction would be used to
cover unpaid airport parking fees of $600,000. It was not clear
when the plane would be sold.

Vietnamese netizens have been quick to offer some recommendations
for prospective buyers. The suggestion of turning the Boeing 727
into a coffeehouse has been widely applauded.

Online photos show a stained red and white plane, with a
Cambodian flag and the name Air Dream, sitting in a corner of the
airport.

In 2007, the now-defunct Air Dream airline operated its single
aircraft, chartered from Royal Khmer Airlines, along the route
from Siem Reap to Hanoi.

This report was produced in collaboration with VOA Vietnamese
service.

SEOUL - After major American theater chains decided not to run a
new Hollywood comedy about a U.S. plot to assassinate North
Korean leader Kim Jong Un, its financial backer, Sony Pictures
Entertainment, decided not to release it. The decision follows a
threat by mysterious computer hackers to attack theaters showing
the movie. North Korea's reaction to the "The Interview"
underscores its intolerance for any ridicule of the country's
young leader.

Inside North Korea, Kim Jong Un, like his late father and
grandfather, is depicted as infallible.

The state-controlled media jubilantly reported that he won an
election to the Supreme People's Assembly last year with 100
percent of the vote. Of course, his was the only name on the
ballot.

So it is not surprising that North Korea is angry about "The
Interview," a dark comedy that ridicules the leader before
depicting his assassination. The Foreign Ministry in Pyongyang
called the film an act of war and promised retaliation.

"North Koreans react to satire very sensitively and there were
some cases that they complained about it harming the dignity of
their leader in the past," says Kim Yong-hyun.

North Korea protested the movie "Team America: World Police" that
comically depicted Kim Jong Un's father, Kim Jong Il, when it
came out a decade ago. But the country never took any provocative
action in response.

That may have changed with the cyber attack on Sony. Pyongyang
denied any involvement, but the unknown hackers who released
confidential company information had threatened to release more
unless the studio cancelled the release of "The Interview."

Korea analyst Victor Cha with the Center for Strategic and
International Studies in Washington says Kim Jong Un's weeks-long
disappearance earlier in the year and the execution of his uncle
indicate the young leader may be struggling to solidify his grip
on power.

"The leadership transition is now three years old. We still don't
know if it's entirely complete. There continue to be purges
inside the country, which gives one the sense that there's some
turn inside the system," he said.

"They can always rally the people around western hostility but
western ridicule is harder for them to rally their people around
because it raises questions about the leadership," Cha said.

The commotion over a comedic film is adding to the tension in the
region as international talks to curb North Korea's nuclear
program remains deadlocked and the United Nations continues to
pressure the regime on charges of human rights abuses.


Image: Screenshot from the video version of this VOA News report
... 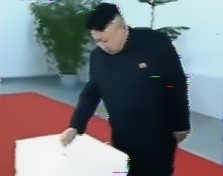 Lawmakers in Belarus have passed legislation allowing the state
to close any Internet news site that receives two warnings about
content in a single year.

Information Minister Liliya Ananich, who presented the bill to
the loyal parliament on December 17, said it will come into force
on January 1.

The law does not require the official registration of online
media outlets, but says the Information Ministry will monitor
them "to ensure that materials used by the websites correspond to
Belarusian legislation."

The law also limits the foreign share of ownership of any news
site to 20 percent, down from 30 percent under current law.

Western governments and opponents of President Alyaksandr
Lukashenka accuse him of violating the freedom of the media
during 20 years in power.

Authorities in several ex-Soviet republics have increased their
control over broadcast and print media but have had a harder time
suppressing dissent on the Internet.

Some are kept in shoe boxes in a forgotten closet corner. Others
are glued carefully into albums and kept on the family bookshelf.
Many have been lost forever, destroyed out of panic or
indifference. In Ukraine, whose tumultuous 20th-century history
has spilled over into a bloody battle for its 21st-century
identity, every picture tells a story. RFE/RL's Daisy Sindelar
traveled to six Ukrainian cities to talk to people about what
their old family photographs say to them about who they, and
their country, are today. 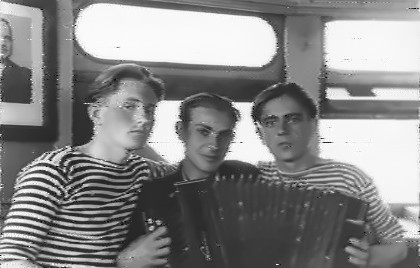 
Very close to the Voice of America studios in Washington is this
Christmas tree on the grounds of the U.S. Capitol, whose dome is
scaffolded for a major renovation ... 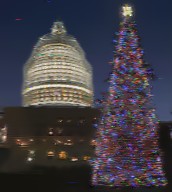 
Thank you for decoding the modes on VOA Radiogram, and best
wishes for the holidays ...